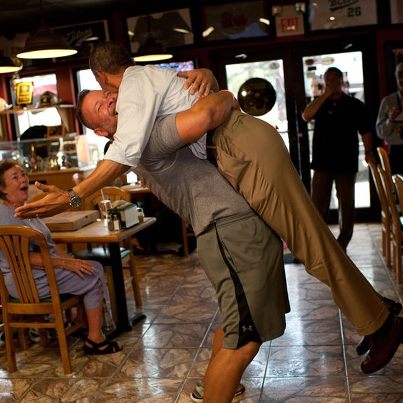 While on campaign trail US President Barack Obama was greeted with an unexpected bear hug and a lift from an enthusiastic pizza restaurant owner Scott Van DuzerÂ  in Florida. Scott told the president he was a registered Republican but often doesnt vote a long party lines, he voted for president Obama in 2008 and will be voting for Obama in this year’s elections.