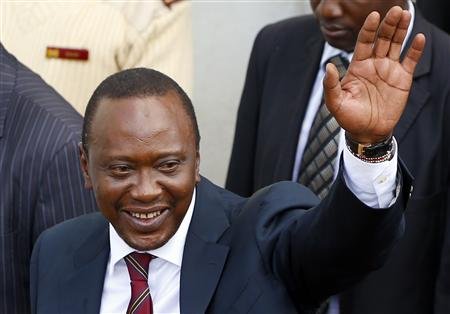 â€œKenyatta and Ruto should be held to their promises to attend their trials before the ICC,â€ said Elizabeth Evenson, senior international justice counsel at Human Rights Watch. â€œAs president of an ICC member country, Kenyatta should also ensure that his government provides the cooperation it owes the ICC and the support it needs. Victims of Kenyaâ€™s post-election violence and their families have already waited more than five years for justice.â€

Kenyatta and Ruto, along with Rutoâ€™s co-accused, Joshua arap Sang, a former radio host, face trials before the ICC on charges of committing or contributing to the commission of crimes against humanity during Kenyaâ€™s election-related violence in 2007 and 2008. Kenyatta and Ruto have voluntarily been attending ICC proceedings in their cases. As a state party of the court since 2005, Kenya is obligated to cooperate.

Witness protection in the ICC cases is a key concern, Human Rights Watch said. The ICC prosecutor has called the scale of witness interference in the Kenya cases â€œunprecedented,â€ referring to pressure on witnesses and their families. The prosecutor indicated that one factor in the decision to drop charges against Kenyattaâ€™s former co-accused, Francis Muthaura, in March was that witnesses were afraid to come forward. Other factors included a lack of government cooperation and that a key witness had recanted parts of his testimony and admitted accepting bribes.

â€œThe ability of witnesses â€“ whether for the prosecution or the defense â€“ to testify securely and without fear of reprisal is a necessary ingredient for fair and credible trials,â€ Evenson said. â€œThe new government should reverse the climate of fear through publicly pledging to help ensure the safety of people who seek to assist justice efforts.â€

In a victory speech following the March 4 presidential election, Kenyatta said that his government would live up to its obligations to international institutions. Kenya has permitted the court to carry out some activities within Kenya. But the ICC prosecutor has indicated that Kenya has stalled on requests for assistance in accessing documents, and did not press for the appointment of judges to resolve a stalemate over whether senior police officials could be interviewed. The new administration should make every effort to reverse such obstructions, Human Rights Watch said.

Human Rights Watch also called on the new government to uphold the bill of rights enshrined in the countryâ€™s 2010 constitution and make progress on needed reforms. Before the election, Human Rights Watch identified gaps in implementation of the reform agenda, particularly in the police force. Intimidation of civil society groups increased in the periods before, during, and following the March 4 elections.

â€œIt is essential for the Kenyan government to uphold the constitutionâ€™s bill of rights and safeguard the space open to civil society, media, and independent voices,â€ Evenson said. â€œKenyan authorities should make sure that the government investigates and prosecutes any threats against civil society activists, media, and ICC witnesses that amount to violations of national law.â€

The ICC prosecutor began investigations into Kenyaâ€™s election-related violence in 2007 and 2008 after Kenyaâ€™s authorities failed to bring those responsible to account. Trial in the Ruto and Sang case is scheduled to start in late May, while the start of Kenyattaâ€™s trial has been set for July. After the case against Muthaura was withdrawn, Kenyatta lodged a petition before the judges, as yet undecided, to have the case against him dropped.

In advance of the inauguration, a Sudanese newspaper reported that President Omar al-Bashir had planned to attend. Kenyan government officials issued conflicting statements as to whether al-Bashir was invited. Al-Bashir is sought by the ICC, accused of genocide, crimes against humanity, and war crimes committed in Sudanâ€™s Darfur region. A Kenyan government spokesperson indicated that if al-Bashir attends Kenya cannot arrest him given that he is a sitting head of state. But there is no head-of-state immunity under the Rome Statute, the ICC treaty, and Kenya is obligated to arrest al-Bashir. A domestic arrest warrant was first issued against al-Bashir in Kenya in 2011 on the basis of its national law implementing the Rome Statute.