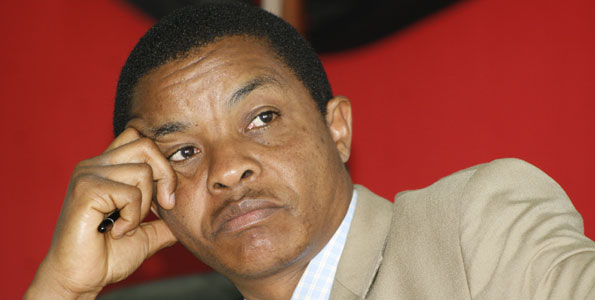 Despite the recent good performance by KRA in meeting revenue targets,all is not well at KRA as employees are greatly demotivated and overworked; the employees at lower levels are grossly underpaid despite top management (Chief Managers and above)adding their salaries and forgeting the others to the disbelief of the lower ranking officers. This has led to quiet disaffection by employees majorly in the support departments who have no chance of ‘helping themselves’ and other employees who would like to earn a honest leaving.

There has been massive resignations by employees in the IT department who despite being the best in the public sector, are grossly underpaid. It is rumoured that many have joined KENTRADE an offshoot of KRA and KPA that pays its employees over 100k on top of what KRA offers its employees for the same positions. Other employees in the IT department are either looking for jobs elsewhere or doing other private import /export businesses outside, using links created within KRA.

The current CG Mr. Njiraini is a known ‘slave driver’ from his days at LTO who demands work and more work but cares less about the people doing the work, always issuing threatening letters and being short on praise. He is now more concerned with getting a second term as CG despite having little to show to his subjects apart from pressure to work, work and work.

It should be noted that KRA is the collector of all government revenue, but such revenue is used to pay fat salaries to other parastatal and governement officials leaving the collectors with nothing. Despite KRA being a class A parastatal its employees earn the least in the class compared to employees in other parastatals like CBK, CCK, RBA, KPA, KPC,etc.

A supervisor position in KRA will earn 150k gross for someone who has worked for over 10 years while the same position would earn 280K in KPA and 300K in CBK. Despite this injustice,working conditions in Times Towers and other KRA offices is pathetic with employees having to buy their own water, sugar and tea leaves, printing paper for official work,etc; some other offices are jigger and rat infested and others are just not fit for Human occupancy like in Busia and Kilindini.

The last review of salaries and allowances was done over 4 years ago something the former CG , Mr. Waweru fought for very hard.This was supposed to be the first phase with the second phase set to be implemented under Mr. Njiraini; this has not happened and there are no signs it will happen.

To make the matter worse an employee union that had been registered by some courageous employee was thwarted by intimidation and transfer of the official on flimsy grounds. This has led to many employees seekin to join business departments ie DTD-DR and Customs so that they can help themselves under the weight of inflation.

Some employees who have upgraded their skills and now have degrees and masters continue to earn less than 100k despite working for over 15 years; with graduate trainees ‘officers’earning less than 130k despite being in service for over 7 years.

The mortgage scheme that made employees stay is rarely available with complains of lack of money for mortgage, hence many employees are leaving the KRA as there is nothing to show for their stay. Whereas the ‘rotten’ employees need to be weeded out as retired Major Masden Mandoka said during taxpayer’s day, Mr. Mandoka, Njiraini, SRC and Treasury Should not neglect the handworking KRA employees who would want to continue being faithful tax collectors as inflation will continue to force them to help themselves or neglect their duties and do business, or leave KRA despite the knowledge and experience they have.

By concerned spouse to a KRA officer.