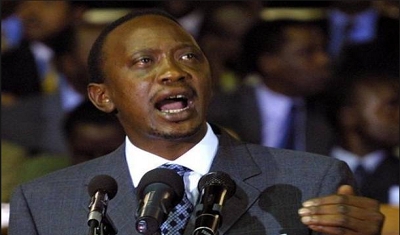 It was fascinating to hear rejoinders from various groups as pertain the president’s speech. As expected, jubilee sycophantic supporters heaped praises on the president for delivering s “superb” speech. Was it really? ODM on their side employed the strongest terms possible in criticising the speech.

The speech, dubbed by opponents as “forty seven minutes of nothing”, was delivered at a time when the country is facing copious challenges. Prospects were high from the public. It was expected that the president would give hope to the already desperate Kenyans.

With the prices of basic commodities hitting the ceiling, insecurity at its worst since independence and tribalism at its peak, Kenyans want to see a change on the state of life in Kenya.

The question is, did the president address the burning issues as expected? The answer to that question is no! I believe he wasted time and veered off the main issues. He took more time lecturing parliamentarians on constitution. Many at times; he kept on reminding the honourable members about his role as outlined in the constitution â€“ as if we are fools.

There are two things we got to know. First, Uhuru’s speech writer is a clueless folk who has never penned any coherent speech. Many at times, they are copy-pasted scripts edited to appeal and appease the masses. Let me educate you, Uhuru has no gift of the gab and not even a well written speech will salvage his charred image.

Two, since that outfit called jubilee rammed their way into power, they began acting like a headless chicken. They lost direction. Uhuru and Ruto have never gotten out of campaign mood. They play politics on important appointments, in national events and with people’s lives.

Uhuru talks too much but acts less. He acknowledges that corruption cartels are dominating government yet for the last one year he has been in government nothing has been done. Jubilee score card clearly vindicates the opposition.

That is why Uhuru’s speech was poor, whack and empty. He painstakingly tried to support their non-performance in vain. Much of it was full of noise. Personally, I got bored immediately I completed paragraph three.

However, nothing could have made the speech any better. A good speech is supported with facts and evidence. Look at the jubilee government! There is nothing to write home about. They have literally failed in each and every promise they gave during those noisy campaign rallies.

The standard gauge railway and laptops â€“ I opposed this crap â€“ for class one have all turned out to be mega schemes. Jubilee government can’t account for anything. Perhaps the ghost of stealing elections is still haunting them.

That is why he should stop talking too much and resort to action. So far, jubilee is a tragedy. They have caused more harm to Kenya than they found it. Government is defined by tribes. In fact, one would know whether you’re in government or not just by the mention of your surname.

Some jubilee supporters pretend to complain about the current state of affairs. Please don’t trust them. Those are spies sent by their masters. They brought us to this shit so let’s smell it together.

However, jubilee must know that we aren’t silly brats. We need the best of services from them. If not, they should start parking. If you think this is a big joke, remember Egypt et al.