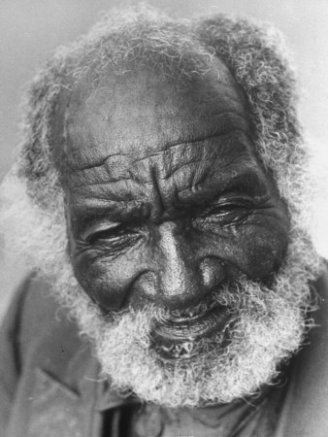 President Uhuru Kenyattaâ€™s gazettement of 26 new parastatal heads has not been well received. The disappointment is understandable. I am not impressed either.Â The criterion for appointment appears to be primarily cronyism and gerontocracy.

The name Francis Muthaura has become synonymous with many peopleâ€™s frustrations. But why wouldnâ€™t the likes of Muthaura not leave public service ? Why canâ€™t they just say, â€œNo Sir. I have done my part, let someone else take chargeâ€? Is it because they find themselves stuck in unfamiliar grounds after retirement?

In the last one month, I have interacted with a long serving civil servant Mr. Joseph Kaguthi. One day I listened to Mr. Kaguthi discuss the intricacies that built Kenyaâ€™s provincial administration giving insights on the composition of Administration Police hierarchy in Kenya. Having closely interacted with Police Reforms efforts in Kenya in the last six months, I could understand the extent to which the future hinges on the past.

What captured my attention though were the depth and resource in people like Mr. Kaguthi and the extent to which they are appreciated (and this goes well beyond public servants). Â I found myself reliving my Government classes, especially on Administration as undergraduate student at the University of Nairobi in the late 1990s. Whereas there were a number of lecturers who had served as administrators, mostly as District Officers, there was an obvious disconnect between theory and praxis.

Mr. Kaguthi is a walking encyclopaedia on administration and public service in Kenya. So when I spoke to him later, I asked if he has ever taught. Despite the great resource he would be to learners, Mr. Kaguthi has never given a single lecture, has never received an invitation to teach. If he had not found himself heading the Nyumba Kumi Initiative, he is likely to find himself bored in retirement or engaging in a new trade all together like he did, instead of contributing positively to national building.

The other day I also listened to Rev. Dr. Timothy Njoya on Jeff Koinange show on KTN. Again, I was left salivating because I know the great professor Dr. Njoya would make. But he doesnâ€™t engage with the generation in college. Perhaps because there is no motivation to be in those spaces.

Kenyan universities, both public and private can help to put these resourceful individuals into productive use. Unfortunately, African universities are always to slow to use their own resource and are too pre-occupied with PhDs as the benchmark for contribution in learning. Mr. Kaguthi understands this, â€œ If I was in the US, I am sure someone would have come for meâ€. This is true. Sir Alex Ferguson is working with Harvard School of Business. Former British Prime Ministers Tony Blair and Gordon Brown have given Lectures at Kennedy School of Business. Â Prof. Anyangâ€™ Nyongâ€™o who is also Kisumu Countyâ€™s senator spent the last fall visiting Go Brutland Scholar at Harvard School of Public Health Center after taking a study leave.

Do we have active Think Tanks and Research Centres that can accommodate different experiences by granting competitive fellowships and therefore an environment to continue to positively thrive? No really. Festus Mogae, former Botswana president, spent some time at The Wilson Center as a Public Policy Scholar. Mr. Mogae has also taken active role worldwide speaking about HIV and Aids as well as climate change. Renowned Swahili [non traditional] Scholar Prof. Ahmed Sheikh Nabhany has held distinguished positions in Germany and USA working on Swahili, but none in Kenya. Binyavanga Wainaina, a writer and a leading Kenyan literary avant-garde is sought outside Kenya and has held numerous fellowships including Bard Collegeâ€™s Bard Center Fellowship and Lannan Writing Residency Fellowship. Is there the same interest locally? Take your guess.