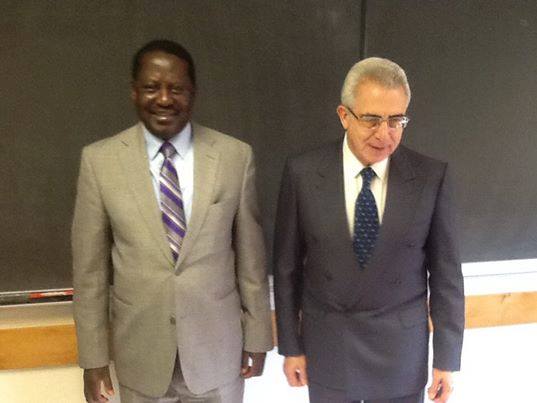 Mugo Wairimu and his ilk should wait for ICC Judges decision and leave Raila out of their tribulations.

You may have seen the crap being posted by such Jubilee idlers that President Obama has turned down an appointment to meet with CORD leader Raila Odinga.

Please disregard this meaningless propaganda which is likely the result of a generalized anxiety disorder that has gripped the Jubilee nation.

For starters, it would not have been possible for Obama to meet with Raila since theU.S. president is at San Francisco (CA) on the West Coast while Raila Odinga is at New Haven (CT) on the East Coast a distance of nearly 6000 kilometers. To put that in perspective for idiots like Wairiumu who only first came to Nairobi to pursue University education, thatâ€™s the same FLIGHT TIME from Nairobi to Dubai in UAE.

Any smart propagandist (which a windbag like Mugo Wairimu is not) would have checked the official White House Calendar HEREto know Obamaâ€™s official schedule of public functions.

And any progressive Kenyan citizen would have been following Dennis Onyango to know that Raila Odinga, fresh from completing his widely acclaimed lecture and launching an appeal to Yale University to open a campus in Nairobi, joined up with former President of Mexico Mr Ernesto Zedillo who is currently the Director of the Yale Centre for the Study of Globalization at Yale University to attends an Economics Class lecture at the institution.

While others are scratching their b@lls, deeply anxious for a decision of the judges of the ICC, the next stop for Raila Odinga will be Chief Elections Observer at the Mozambique General Elections on 15 October 2014