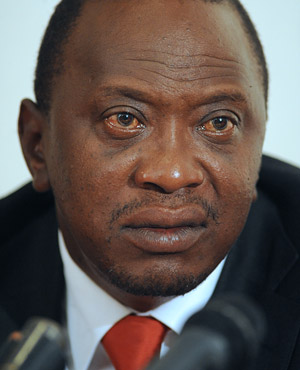 Sometimes we’ve got to laugh at ourselves – Kenyans we are a funny gullible lot but really there are at times we MUST ask real questions and expect reasonable answers!

Following the massacre in Nairobi with about 70 people reportedly dead, and several terrorists neutered, there seems to be no evidence of any of this claims as far as the perpetrators are concerned! The government itself doesn’t seem to know who should be in charge of these kind of unfortunate events! The western media though seems to have reached a breakthrough: the terrorists seem to have escaped through knee deep sewage systems or as pretend victims of the tragedy! Our government having either been the mastermind and hero at the same time, seems to have run out of ideas mid-movie! But as you’d have it, a stern direction was given out to state officers to make a ‘mandatory’ contribution to give the illegitimate president’s kin an honourable send off!

With these leaders, they are totally immune to embarrassment!

What I don’t understand is anyone who still puts up with such level of impunity simply because the president belongs! Trust people like Koigi Wa Wamwere and The Hon Waiganjo who will tell you that the common people all over the country have had enough! its such a weary thought to imagine the despicable leadership in place in our utterly beautifulcountry…and the solution to our basic problems…we have so much we’d solve all the problems in the horn of Africa and central Africa’s ever I going western sponsored conflicts! The entire gang should go packing! I personally cannot bear the kimemias, olenkos, kimaiyos and the whole rotten wild pack! They are are taking the country hostage and violating our freedom! They are a terror to all our safety, dignity – from poverty and our image abroad!

Read more of Morara’s posts by following him on Facebook: https://www.facebook.com/agmorara?fref=ts