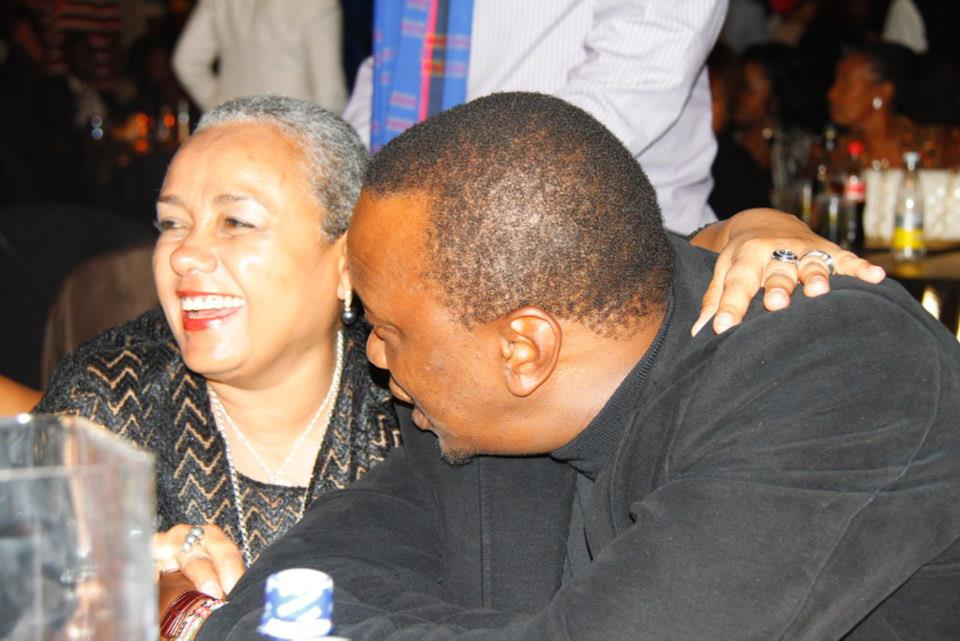 After carefully examining Mr. Kenyattaâ€™s tenure at the treasury, together with the massive bad inheritance, I can conclude that he is a heartless and merciless man!

This is so sad for a leader whose subjects are landless paupers, struggling with high inflation among other harsh economic conditions a product of incompetency as Minister for Finance.

As Finance Minister, he is alleged (widely reported) to have frustrated the ODM plans to obtain treasury funds to purchase land which was intended to resettle Mau Forest IDPs in Rift Valley, therefore dis-enfranchising thousands of ODM and URP supporters, who remain homeless and in the cold due to Uhuruâ€™s evil designs.

The selective resettlement of IDPs is reported to be one of red flags raised by the Kalenjin elders while examining the much publicized Uhuru Ruto alliance; this together with the unresolved historical land related injustices are key impediments to a successful alliance.

After carefully analyzing his ministerial decisions, I have come to conclude that UK is where ZERO ethics business, ruthlessness and politics converge.

As Finance Minister he punished regions perceived to support his competitors by starving projects in such areas of funds, especially the Mau Forest Restoration IDPs and instead, diverted such funds elsewhere for example the ultra modern Thika Road instead of the high impact Mombasa- Nairobi-Malaba highway.

The thinking was that land value would skyrocket along Thika Road (Superhighway) and around Brookside Dairies to an all time high, and would be disposed at a killer price! Smart business move right there. But is it ethical when it is done at the expense of the hustler and the poor IDPs even without considering the cost savings by businesses if priority could have been given to Mombasa-Nairobi-Malaba border highway.

I know the Chinese funded the Superhighway, but to pay for it and balance the books, the Mau IDP land funds and funds meant for the numerous road projects in perceived ODM strongholds were diverted to other projects and debt repayment program.

This will go down as the classic case of redistributive injustices meted out on the Kenyan people for a man who claims to be a champion of the youth. Not when he is responsible for the continued stay of families in the cold!

Those funds are believed by public policy analysts to have been diverted to the Thika Road Super Highway project which passes not just though his political stronghold of Thika, but through part of his land, which is in both sides of Thika Road.

Before the Kenyatta family sold part of it, it transversed on both sides of Thika road from Mangâ€™u High School, keep driving, Brookside, keep driving past Kahawa Barracks and KU, keep driving, at All Sopps, veer to theÂ  left at the All Sopps roundabout, keep driving , head towards Kangundo.

Even though Thika Road Superhighway was a nobel project, it is a testament to how far the defacto leader of the PNU wing of government can go to advance his business and evil political designs.

Todate, even after stepping down as Finance Minister, Uhuru Kenyatta wilds immense power over treasury, its rumoured that Njeru Githae, the Finance Minister is ”user friendly” and that Mr Kenyatta still takes all decisions at the ministry. The â€œRats for Dinnerâ€ enthusiast is a robo-signer of documents

Mr Kenyatta has invested heavily in Europe; he continues to mislead Kenyans into thinking that China is the next god, while actually theirs is actually an evil alliance intent on collaboration to burden our children with irresponsible debts while his land value benefits from such projects that have been packaged as well intentioned.

He continues to use American products like iPhone instead of low quality Chinese products, use Teleprompters US style, like we saw during the TNA launch, not a single thing he does which is Chinese, including where his kids go to school.

Infact his TNA launch was an attempt to copy cat American DNC and RNC conventions- (the very people he demonizes), which never came close to it.

He read a speech which was massively plagiarized from various Obama speeches, including the Thomas Jefferson authored Unilateral Declaration of Independence, but without citing his sources. This is sheer intellectual dishonesty, or just lazy to cross check a pre written speech, a standard that is expected of a leader of Mr. Kenyatta stature.

For those who care, come 2013, you have a choice either a plagiarist president or an intellectually honest president.Â  Miguna Miguna in his book Peeling Back The Mask (even though not a credible source) describes as situation where Prime Minsiter Raila Odinga declined to read a copy and paste speech written by Adams Olooâ€™s student because it was heavily plagiarized from Thambo Mbekiâ€™s speech on Pan Africanism, and instead Miguna claims, he was requested to write a speech within a very short notice. Â A testimony that Mr Kenyattaâ€™s erstwhile competitor Dr. Odinga would never read a plagiarized speech!

2013 therefore presents us with a choice between, Plagiarist in Chief versus Intellectual in Chief.

Teleprompters require you to be a good reader, and from the TNA launch presentation it was obvious that the presenters were struggling to read, and so their intention to make it look like an Obamaisque presentation boomeranged miserably- intellectually, and in style of presentation.

Uhuru therefore appears to copy everything American, British and European, from suits, shoes but wants the few on whose backs he wants to ride on, to use fake, copycatted and short lasting poor quality goods from China.

Even schools like Peponi School which is associated with his family does not advance Chinese systems of education but the Western style of Education. He is therefore part of a business which is preparing the next generation of Western Educated graduates from elite families, who can speak the Queenâ€™s English without an accent, while misleading the poor masses about how evil US, Germany, Britain are. Itâ€™s the highest form of sheer hypocrisy. He calls them imperial, anyone tell me what is more imperial than owning land the size of Maine, Vermont and the British Island of England combined.

His lawyers in the ICC are British, and recently, to confront and neutralize free speech he enlisted the services of a UK policy insider. It has been reported that â€œMr Kenyatta has appointed Ed Straite, a former adviser to Britainâ€™s Chancellor of the Exchequer (Finance minister) George Osbourne to boost his public image in the wake of concerns that he should not be running for Kenyaâ€™s highest officeâ€. You can read more of this from this link http://darmetropolitan.blogspot.com/2012/10/marketing-in-politics-uhuru-kenyatta.html#!/2012/10/marketing-in-politics-uhuru-kenyatta.html

UK seems determined to con his way into the house on the hill by riding on the backs of the very paupers, for who he hasnâ€™t had the decency to show remorse, and share a piece of his massive land which comprises a large proportion of what his celebration in the Forbes Magazine.

At $500m it is the value of these 500,000 acres of land that makes him 2 times richer than Mitt Romney whose net worth is $250 m. take that land away and other Kenyans would be competitive.

I didnâ€™t make this up; actually The Forbes magazine describes Uhuru as â€œheir to some of the largest land holdings in Kenya. He owns at least 500,000 acres of prime land spread across the country. The land was acquired by his father in the 1960s and 1970s when the British colonial government and the World Bank funded a settlement transfer fund schemeâ€ meant to resettle everybody including the Mau Mau veterans and other common Kenyans. http://www.forbes.com/lists/2011/89/africa-billionaires-11_Uhuru-Kenyatta_FO2Q.html

However, instead of redistributing that World Bank funded resettlement scheme for the benefit of all landless Kenyans, it was diverted. That is how UKâ€™s land inheritance was acquired. And that is why he ought to ACT NOW, if at all he doesnâ€™t want the next election to be about the Squatterâ€™s Landlord versus X.