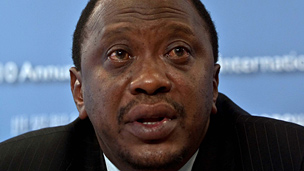 First, let me send deep condolences to families who lost loved ones at the Westgate Mall and wish speedy recovery to those who suffered injuries.

To ensure there is no repeat of this tragedy however, people must learn from it or they will have suffered in vain. The disease that returns is the one that kills.

Not to beat about the bush and like many other Kenyans, let me ask: where was the National Intelligence Service when the Al Shabaab terrorists, recruited from all over the world, slipped or bought their way into the country and set base to organize and finally launch the greatest terrorist attack in Kenyaâ€™s history.

If we praise the NIS, president and his government for their â€œgreatest performanceâ€, where is it when over 69 innocent Kenyans died, 240 were injured and an unknown number of hostages died from terrorist bullets or the inferno that collapsed three floors of the Westgate mall?

How can we define, letting terrorists penetrate the very heart of Kenya unnoticed, success and not call it what it is â€“ unforgivable failure? How could foreign and not local terrorists who could easily melt into the population, come into the country and perpetrate such heinous attack without detection and then praise ourselves for enduring resilience and excellence? Should not those who are responsible for our security be bowing their heads in shame and offering resignation for their failure?

Who locked the dogs in and napped? Can a tragedy as big as this happen without anybody in authority bearing responsibility when many now say both NIS and police had been duly informed?

Somebody must be held responsible for this tragedy. Somebody must pay and be sacked for the loss and injuries of so many at Westgate Mall. Amazingly, instead of accepting blame and responsibility for this tragedy, President Uhuru, Deputy President Ruto and their government are positioning themselves to reap political capital and professional gain from their own failure. If right will be done, the buck must stop at the presidentâ€™s door step. As this government fails to handle one disaster â€“ like JKA fire â€“ after another, President Uhuru must bear political responsibility and resign for his governmentâ€™s failure to stop the Al Shabaab terrorist attack. Additionally, Minister Ole Lenku, Inspector General Kimaiyo and General Gichangi must all take professional responsibility and resign. If they donâ€™t, we better weep, for greater and more catastrophes are coming.

Tragically for Kenya, Al Shabaab religious terrorism is not the only terrorism there is to contend with. There is also domestic political terrorism from those in political circles, social and other media that will demonize, silence and stop anyone who will ask questions about why, and how, this tragedy happened and what we must do to prevent it in future.