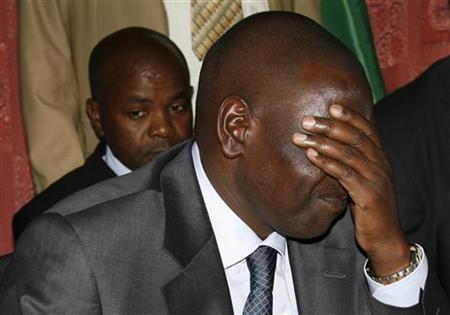 Allow me to make this prediction of what awaits my long time friend, William Samoei Ruto, under the leadership of his Jubilee Coalition leader, Uhuru Muigai Kenyatta. I have wished to keep it within me but a strong push of concern makes it come out in earnest. I have prodded my heart to unearth what stirs it out and realized that it is my deep love and regard for Ruto and his support base that makes me speak it out. You can count it as true; spread it out and retreat in caution; and you will save your faces.

As I write this piece, I want to confess that I have heard it said in vernacular that Ruto is merely escorting the caravan. â€œHe shall not be allowed to enter the gates of the king with the king for he has no identityâ€. In fact, they call him â€œa cruel and arrogant prince of a land beyond the vicinityâ€. What that means to me is that Ruto is nothing but a strange asset in the hands of a ruthless hunter.

In interpretation; in case Uhuru forms a government; Ruto will not be allowed to guide decisions. He will either be made to submit to the monopoly or quit in peace or pieces. If he tries to question any action, he will easily be painted as one causing animosity in the coalition and be asked to decide to abide or exit. That will be one of the most dehumanizing experience he will have to encounter in his political life and it will cut him to sizes leaving his supporters shuttered and confused. That will place his size at about 10%.

If Ruto survives the first term of Uhuruâ€™s leadership it will be have taken the grace of God for, like ravenous jackals, the Kiambu mafias will have ceaselessly scathed him left and right leaving him for a worn out figure of man. With shreds for attire, Ruto will not be an attractive running-mate for Uhuru again. He will be discarded as snake discards its slough.

If the Kiambu mafias will not have maneuvered change of the Constitution to remove two term provision for presidency, Uhuru will pick a running-mate from Luhyas, Kambas or Luos in a scheme aimed at manipulating the nation. Remember there may not be a Raila Odinga who, alone, is capable of mounting an effective challenge of the mafiasâ€™ might. Power will be theirs for the taking indefinitely.

3. Backlash By The Rift Valley â€œRutoholicsâ€

When Ruto is not paid back for supporting Uhuru to power, his supporters will react from their disappointment in a way that may turn violent. As Kenyans watch in utter amusement and amazement, the mafias will send â€œsecurity personnelâ€ who will deal with them â€œproperlyâ€. That ruthlessness will make Rutoâ€™s supporters wilder but hands of the â€œlaw enforcersâ€ will sterilize them. That will be the sad political end of Ruto and his team. They will be alone as Kenyans will fear to engage in their association.

Ruto and supporters have a chance to take a path safe from misfortunes. They can desist from thinking in misguided selfishness and cast their votes as Kenyans. If they do, it will not spell them out as it did in the last referendum. It will put them in the company of the nation and the nation will embrace them in times of need.