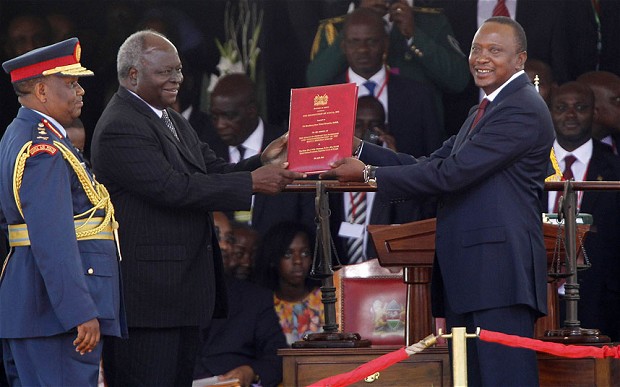 It is time to call this TNA government camouflaging behind Jubilee Coalition bluff. Jubilee Coalition is a scarecrow tag for TNA. Chapter closed. TNA political establishment was founded on quicksand of protecting the capital of real TNA party owners and blocking ICC. Real TNA owners are found deep inside security, civil service and top cream of business.

TNA political campaign narrative was based (and continue to be) on creating imaginary perceived enemies and political falsehoods. For fear of challenge and limited legitimacy, TNA big wigs and their National Parliament support base invested heavily and spend all the time trying to destroy independent institutions and commissions, threatening civil society and silencing media.

They labeled traditional key West economic trading and economic partners as â€˜declining imperial powersâ€™ and â€˜racistsâ€™. They invented the lie of â€˜going Eastâ€™ yet haggling for any speck of moment with West government officials to seek recognition.

Today, there are seen desperately moving from one West capital to the other seeking assistance favours including photo sessions who is who in the West governmentsâ€™ officials.

Today, all those promises have flatly collapsed. Those still holding are dogged by corruption scandal after another. Truth be told, the policy programs being implemented by TNA government are those of NARC-Grand Coalition Government eras.

Every single incidence that TNA government has been challenged to offer leadership and solution; its top-level officials have rendered incoherent, fickle and feeble untruths. It has been embarrassing seeing top officials in TNA government telling unfactual information to the public and the world.

To say TNA government has been making policy blunders is to give credit where none exists. TNA government operates on knee jerk pulses of the moment. It lives in perpetual fear of questioning and fighting perceived enemies. It abhors independent mind and critique. To keep survive; TNA has army of ethnic social media marionette robots who are clueless and cannot sustain a basic reasonable policy argument. It is a blind propaganda manufacturing and parroting machine.