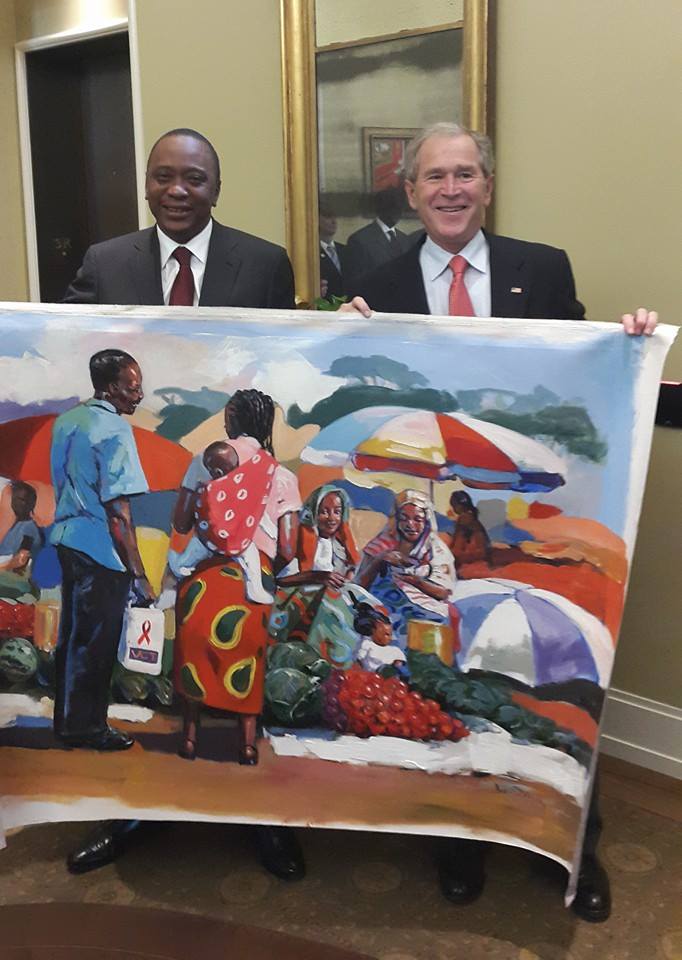 Bush, like Uhuru, is given to blundering. He endorsed a Kibaki “win” in 2007 only to rescind his decision on realizing it was a bloody blunder. The side kick who led him into this blunder was Jenday Frazer who remains an ally of TNA just as she was an ally of PNU of Kibaki.

What Frazer has not declared is that she is a close friend of the President having gone to school in Kenya with one of his sisters.

The similarity between the Bushes and the Kenyatta’s is that like the bush dynasty in Texas, the Kenyatta dynasty controls most of the economic indicators in Kenya.

Here is what Uhuru posted on his Facebook Timeline after meeting with his Bush;

”I met with former US President George Bush at the George W. Bush Presidential Centre in Dallas, Texas. After the meeting, I was taken on a tour of the George W Bush Presidential Library by its director Alan Lowe. I then went into a luncheon within the Center hosted in my honour by a group of Texas business people in collaboration with the East Africa Chamber of Commerce. Kenya established an international arbitration center to make the country friendlier to investors. The arbitration center will work to protect the interest of the Kenyans and at the same time safeguard investors from uncertainties”