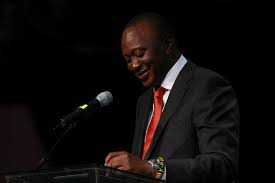 Uhuru Kenyattaâ€™s “suicidal” remark that his family bought land on a â€œwilling buyer, willing sellerâ€ basis has angered residents of the Coast and Rift Valley provinces. The Masai, Kalenjin, Digo and Taveta elders found it utterly arrogant for the Hon Kenyatta to lie on national TV that the massive Kenyatta land in their communities was acquired voluntarily.

â€œWe were pushed into the reserves and our land taken by the white man. When independence came, we never got our land back. Instead, Kenyatta gave to himself the land, friends and his kinâ€,Â  sais Kiprono arap Misoi an elder and land rights activist in Nakuru County.

Mzee Misoi named 17 former white farms that he says were annexed by Kenyatta in the 1970s and used to resettle people from other communities, nobody consulted us, there were no willing sellers, the farms were renamed thereby removing the true origins of the lands that otherwise belonged to the Kipsigis and and Ogiek in Nakuru and Kuresoi.

He cited areas like Mutukanio, Nyakinyua, Kiambereria as among those in the long list. â€œLand is a weighty matter and we must talk about it, the remark by Uhuru confirms that he is the most unsuitable person to lead any discussion on land. That is why we are telling our people to vote against himâ€, Misoi added.

His sentiments were echoed by Mzee Daniel Ole Ololmwaitai of Ilparakuo Foundation that operates in Kajiado, Narok, Laikipia and Samburu counties. â€œI am now in my 80s, and in my life time, I cannot remember Kenyatta or any of the white settlers approaching my family and or any of our community members to sale land, that statement is unfortunateâ€

â€œWe need somebody who can help us get back our land or at least compensate us for the loss. We cannot trust the aggressor to arbitrate the issue.â€ Mzee Ololmwaitai added.

â€œMzee Kenyatta allocated our land to himself, his friends and people from outside the community. There was no consultation with the community or families that were displacedâ€, Peter Kosgey a Nakuru based advocate said in a phone interview. â€œI find the line very inciting, it is like Hon. Kenyatta is teasing a powerless community, just because he holds title deed does not in any way make it right”, he added.

In Uasin Ngishu and Nandi Counties, Kalenjin elders demanded that Uhuru parades the â€œwilling sellersâ€ in public, or if they are dead, their families be paraded. The elders promised to reconvene a meeting in which among other things they will visit the Koitalel shrine for prayers this week and thereafter they will make a major declaration.

â€œNothing can be further from the truth, it is this kind arrogance that has aroused our suspicion with our friends from Mt Kenya, we are trooping back to CORD, the arrogance, and hypocrisy of Kenyatta is too much to carry for five years, the debate helped us know the Mau evictees resettlement fiascoâ€, Peter Lagat a Bomet based social worker said on phone.

If the sentiments by the elders represent the masses then Uhuru may have goofed his way to defeat on the March 4th election considering Rift Valley is a tossup. Â Prime Minsiter Odinga only helped Uhuru to fungua roho ,Raila knew he will benefit especially in the vote rich Rift Valley where CORD seem to be breaking the grass ceiling and registering success, in a region that only weeks ago seemed Â a jubilee zone.

â€œThat was a joke of the year, the communities including the Taveta and Digo were never consulted, and somebody is trying to re-write history here. How could communities in Taveta agree to sell the entire community land to outsiders?â€ It is good that Uhuru said he personally owns 30,000 acres in Taveta, can he parade the willing seller who sold half of the County to him?â€ Lawyer Joseph Odiago wondered.

The remarks have not gone well with the youth in the affected region especially in Rift Valley. The youth have all along believed that their ancestral land was grabbed, that is what informed their violent acts in the past.

Uhuruâ€™s remarks have resurrected debate on the use of the funds provided by the British government and the World Bank to resettle people and communities soon after independence. Land experts say this was the beginning of Kenyattaâ€™s acquisition of large tracts of land in Central, Rift Valley and Coast regions.