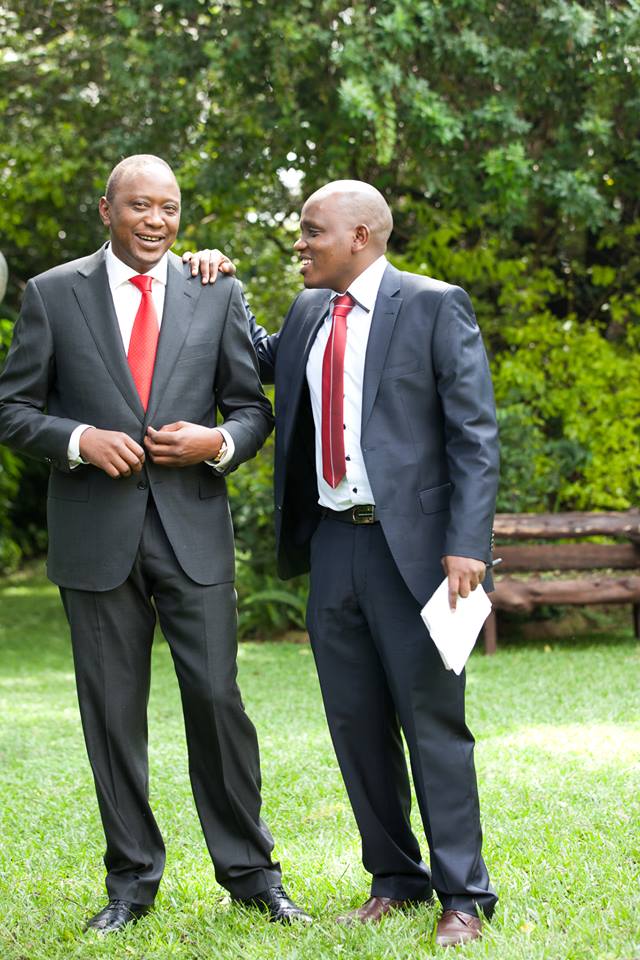 Uhuru Kenyatta Gave The Diaspora A Raw Deal
By Joseph Ngugi for the Standard
The heaping together of the Diaspora desk with Digital and New Media in the Presidential Strategic Communications Unit (PSCU) has caused consternation among Kenyans living abroad.

Whether the elite group of renowned journalists and social bloggers will help demystify the presidency and bring it closer to the people of Kenya, and particularly those living in the diaspora remains to be seen.

The creation of the all-powerful PSCU directorate is a public relations move meant to brand and defend the President rather than demystify the institution of the presidency.

Even as congratulatory messages covered the full lengths of Facebook pages and jammed Twitter handles of some of those appointed as directors, the glaring oversight of ignoring both women and the diaspora begs answers.

The Gender and Equality Commission has argued that the President has failed, once again, to observe the constitutional requirements that at least a third of all public appointments be held by women.

This is a genuine concern considering that not a single woman was appointed to the PSCU, an outfit that is very close to the centre of power and just a heartbeat away from the President.

To keep women away from these very influential positions is, to say the least, unwise, ill-advised and ludicrous.

It raises the question of just how serious President Kenyatta is on matters of empowering women by recognising their unique position in the world of media, communications and public relations. The Gender and Equality Commission, according to its word and tone, was not even asking for the one-third quota. It was only raising the possibility of having even a single post going to a woman journalist or media personality. I donâ€™t think this was asking too much from the President.

The diasporaâ€™s reaction on the appointment of one Denis Itumbi as the Director of Digital, New Media and Diaspora affairs attracted muted shock and disbelief. The problem with this appointment was not that Itumbi is not fit or qualified to perform in his new capacity.

In fact, those who know him tell me he is a man endowed with energy, vigour and passion to do the things that he sets his mind on. Mr Itumbi would do very well in the digital and new media areas, for that seems to be where his strengths lie.

What Kenyans living abroad are uncomfortable and angry about is the way the diaspora agenda seems to have been trivialised.
Instead of the agenda being given the prominence it deserved, President Kenyatta has incorporated it as a junior partner the blogging world. The diaspora may be far from home, but surely their issues cannot just be wished away via Skype, Twitter or Facebook.

Those in the diaspora have no problem with e-government and the way it plans to interact with its population abroad. The problem is that people feel the twinning of matters affecting them with unrelated social media will only serve to trivialise their issues and concerns.
Most of them feel the President has squandered a chance to endear himself to close to 3.5 million people, most of whom are expected to vote in 2017.

This is not a small group of people who can just be dismissed like a nagging child. Their issues are weighty and cannot be dealt with by blogging, no matter how passionate the Jubilee government is to partner with the worldwide web in reaching its subjects abroad.

When former Prime Minister Raila Odinga was head-hunting for his advisor on diaspora issues, he went abroad and consulted individuals who were prominently pushing for the diaspora agenda. He picked one, John Maina, the then President of the Kenya Community Abroad.

Mr Maina, who had lived in the US since he was a teenager, possessed wide knowledge on diaspora issues. He was an authority in that field and the Kenyan community always looked to him for guidance.

Knowing what his new post required of him, Maina established a daily communications channel with individuals in the diaspora.

He also organised and hosted several conferences for the diaspora visiting Kenya. In fact, a friend once likened Mainaâ€™s office to a walk-in clinic for the returnees.
But he could only do so much. The bad politics that the coalition partners played against each other at the time meant his proposals on tackling problems facing the diaspora were never fully implemented. There was no political good will or funding.

Maina was, however, instrumental in writing and shaping the Diaspora Policy, which is still to be implemented. He also created a database for Kenyans in the diaspora as a starting point for the Government in understanding its citizens abroad.

I think it would have helped a lot for President Kenyatta to pick another advisor with Mainaâ€™s experience and demeanour to help in pushing the diaspora agenda.

This story was first published by the Standard Newspaper on 20th July 2013 with a title: Uhuru Kenyatta Gave The Diaspora A Raw Deal