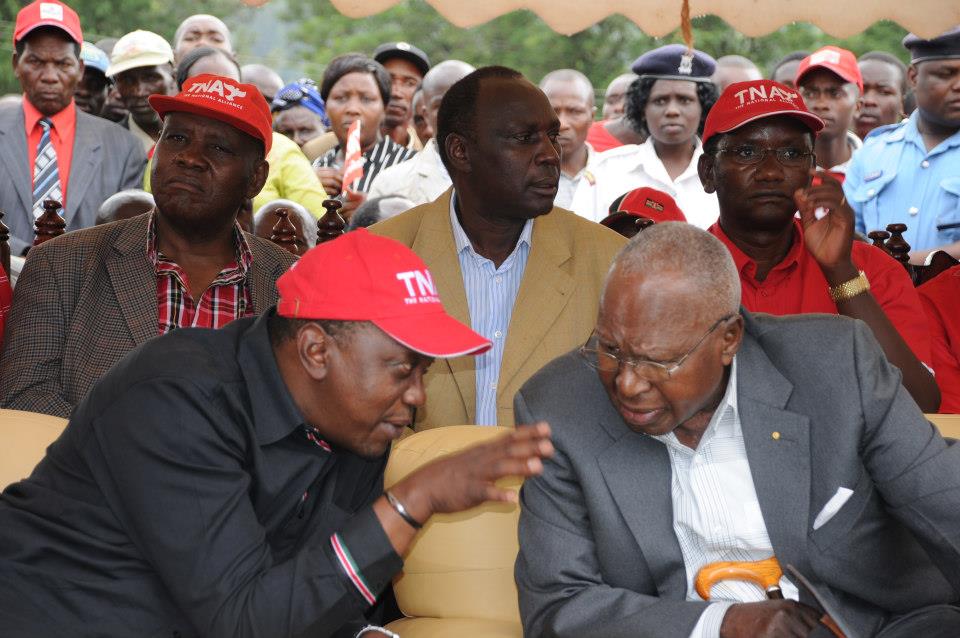 The events in Kisii where the president is said to have skipped on advice from local intelligence organs is telling. That at a mass funeral service for teenage students could reject the reading of a message from the PRESIDENT is BIG reason to worry. This talk of a revolution is NOT just hot air. That Raila was received like a messiah is an open defiance to the presidency, I bet if elections were called today even the 26% Kisii votes (mostly cast by IEBC) Uhuru got in March Â may be halved, those who voted for Uhuru may vote for the great man Abduba Dida than Uhuruto if not for Raila Odinga.

Sources from the ground indicate that the Abagusii were not protesting that they only got one cabinet appointment but rather the tribal composition of the government, Uhuru was rejected by voters in Kisii for one reason- and that is “most Mt Kenya LEADERS ARE alleged to be TRIBAL and so Uhuru was not going to be different”, well, Uhuru had his chance to prove them wrong BUT unfortunately he confirmed their fear, to-date; about 50% of all public appointments Uhuru has made have all gone to his Mt Kenya region! Can you blame them? Â just yesterday a dedicated NSSF managing trustee was sacked in what is widely believed to be a resurgent ethnic profiling, and intentional expulsion of civil servants whose only mistake is to belong to the “wrong tribe”. People see these things and ask why? What the Kisii have realised is that a threat to one community in this country is a threat to all communities-that is the coded message they delivered to the president!

Clearly, despite massive media campaign of “accept and move on”, ordinary folks who voted for Odinga have not moved an inch , instead Uhuru’s supporters are soon becoming tired of defending the “indefensible”. Given the degenerating cost of living, it doesn’t matter how many Ole Itumbis he will hire, only one way is safe; stop bullshiting Kenyans, embark on national reconciliation and economic rejuvenation! Only then will we be a proud people as Kenyans and not as friends of Uhuruto or their tribesmen.

The president MUST be in panic, if he is not then he will fail, any credible leader should panic when mourners stop cursing death and instead direct their anger to him/her, this is scarily Mr President, BUT hey, you know what happened, you know they are right. Just do the right thing and all will be fine.

Here is part of a story as was reported by the Standard team:

………Angry mourners blocked attempts to read Kenyattaâ€™s condolence message as the mass funeral service turned into a political duel between CORD and Jubilee.

The President was expected, along with Raila, to attend the service for 15 victims of a school bus tragedy in Kisii but called off the trip at the last minute. It was left to Cabinet Secretary for ICT, Dr Fred Matiangâ€™i, to deliver the Presidentâ€™s message to a hostile crowd at Gusii Stadium, which had earlier humiliated another Jubilee leader, former Cabinet minister Sam Ongeri.

Speaking in Gusii amid chaotic scenes, Matiangâ€™i repeatedly pleaded for a chance to deliver the Presidentâ€™s message. But the crowd became even more charged and shouted him down. After failing to read even a word, he handed the speech to Governor James Ongwae before taking his seat.

Ongeri walked out of the stadium after he was interrupted.

In contrast, Raila â€” who arrived at the stadium donning his trademark fedora hat â€” was received with jubilant chanting.
â€œBaba amewasili, karibu baba (Our father is here, letâ€™s welcome him),â€ announced the public address system, completely changing the mood of the occasion.

Surging crowd
Earlier, Raila was received at Suneka airstrip by a delegation of local CORD officials led Kisii Senator Chris Obure and his nominated counterpart Janet Ongâ€™era backed by a host of members of the county assembly.

The former PMâ€™s motorcade made its way to Kisii Town where they had lunch before proceeding to the stadium temporarily bringing the service to a halt.

Tents under which the remains of the deceased were placed almost came down as Raila paid his last respects with a large mass of humanity behind him.

At the stadium, the crowd in their thousands kept surging forward demanding that Raila address them as others before him spoke.

Signs that all would not be well for Jubilee became evident when Kisii deputy Governor Joash Maangi invited former Cabinet minister Sam Ongeri to offer his condolences before elected MPs could speak.

Pandemonium broke out, forcing Ongeri to read a verse from the Bible (Romans 15:12) urging them to allow him to mourn with those who were mourning. But this made the crowd only more agitated, forcing him to yield and retreat to his seat while loudly protesting at the move by the mourners.

Raila, Obure and Governor Ongwae, his Nyamira counterpart John Nyagarama watched without intervening over the humiliation.
President Kenyatta was expected to grace the well-attended inter-denominational requiem service but his visit was cancelled at the last minute. A statement from Presidential Strategic Communication Unit said high-ranking government officials would represent him.

So when Matiangâ€™i rose and attempted to deliver his message the gathering raised their voices drowning his speech and waving him away.

Despite being a gifted speaker, Matiangâ€™i failed convince the crowd to accord him even a minute to read out the Presidentâ€™s message.
Reading the signs, Matiangâ€™i cleverly chose to only introduce Education Principal Secretary Collette Suda with the crowd rejecting her greetings as well.

Questions Raised
â€œLet us come together and work as team. Heckling will not help anybody,â€ Matiangâ€™i responded to the wild jeers. He said amid the shouting that the government would still deliver on its promises to Kenyans. Even his pledge that government would contribute towards the bereaved families was met with more jeering.

Efforts by Ongwae and Nyagarama to plead for tolerance fell on deaf ears, as the crowd demanded that Raila address them.

Out of the nine Kisii MPs only three â€” Manson Oyongo, Chris Bichage and Simon Ogari â€” attended the ceremony, raising questions as to why the rest skipped the event.

Oyongo defended the mourners and said nobody planned the heckling of any speaker but Ongeri insisted it was a pre-planned scheme to embarrass the government.

N/B: We are against NEGATIVE ETHNICITY, so, in the comments section avoid any words that touch on hatred. One Kenya One People.