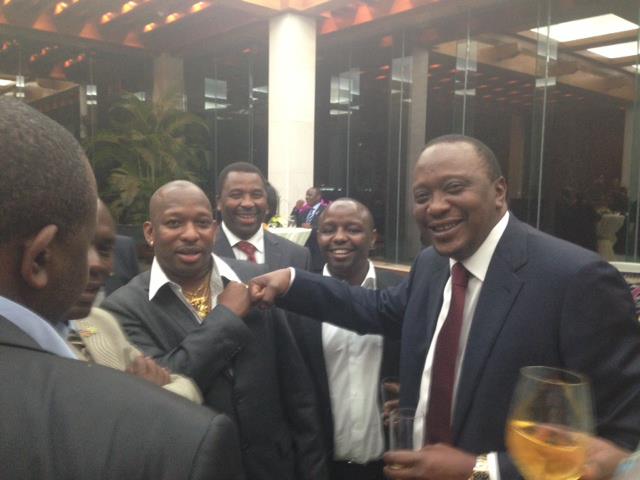 We know the President carried everything he could need including his favourite food while in China, I bet most Kenyans just like his aides had no idea that in China Facebook, Twitter and Youtube are NO GO ZONES- they are banned by the communist regime in Beijing.

The President’s paparazzi team upon arrival in Beijing were shocked that they could NOT tweet or upload anything on Facebook! what a shock! Uhuru is alleged to be a Facebook addict, he uploads all his photos even the identical ones.

Unknown to many of their supporters, the images that President Uhuru Kenyatta and Nairobi Senator Mike Sonko constantly uploaded on their facebook, Twitter and Youtube were done by aides in Nairobi.

The government of China, in order to stifle dissent and agitation for more democratic participation by the people, banned the use of ‘western’ social media tools, including Facebook.

Even as the president ‘uploaded’ hordes of photos on his Facebook page, the truth is those images were sent via email to some guy in Nairobi, probably seated in a bar or a five star hotel with good Wi-Fi, a bottle of whiskey and potato cuttings (chips) who then uploaded them to your utter amusement. The worst is they often changed the location to read Beijing, a clear show of dishonesty. Facebook cannot work in Beijing, NOT AT ALL!

A lot of crazy things happened for the PSCU to keep you updated. First, the photos were sent to Nairobi where you got excited and made a comment which underwent an intricate, cumbersome editing where cut, copy and paste assumed a new meaning. The work of the Nairobi team was to pick the stream of comments after posting the photos and “updates”, moderate the comments by deleting ones seen as ‘abusive’- mostly from CORD affiliated Kenyans – and resend the whole conversations as email attachments which President Kenyatta would read and nod in approval.

The short and wide of it is that President Kenyatta’s press and media relations lied about the exact method of communication. They kept Kenyans believing the President had access to social media tools even in Beijing. . .a BIG LIE! Cannot happen!

Kenyans may not be aware but the freedom to engage with other Kenyans, government officials, political parties and even disagree with them, on social media and other forums, is a dream for the billion Chinese People. How does it feel to live for a day without Facebook, twitter, 2go, g+ and youtube? Information is controlled and the government detains political activists. There is no ‘free press’; the media in China is KBC of the Nyayo era: only government view is disseminated to the people, with no ways of ever giving their feedback to the government.

The weeklong tour of China must have been the longest for an African President whose country is among the most liberal and media free in the world! The President’s team lied! BUT glad he is back to the free world, he can now review all his speech and chit chats he had with his top advisers and aides including Sonko, Simeon Mbugua, Moses Kuria.