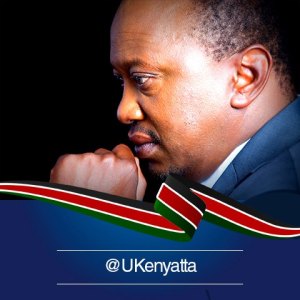 BY LONE FELIX
Since his swearing in as President, Uhuru Kenyatta does not conclude any major speech without calling for national reconciliation and forgiveness. Indeed, one of the Key jubilee pillars was Umoja, but my bet was that uniting Kenya would be a long shot, no matter who won the election. Matters were complicated with the acrimonious contestation of the Presidential tally. And the opposition seems to be very keen on entrenching the impression that Uhuruâ€™s 4000 or so votes that handed him the presidency was procured illegally.

I think Uhuru deserves the benefit of doubt, even from the staunchest of his critics, that as president, it is his constitutional obligation to be a uniting figure of a nation that seems to love and loath him in equal measures. The very fact, that the man speaks of reconciliation, and he seems to be genuine at it, should be taken in good faith.

One thing though, whether by coincidence or default, the Presidentâ€™s word and his regimeâ€™s actions seem not to march. His picks, for all the appointive slots continue to accord to the old model of my people, and he, or his agents, seem keen on relieving those who may not support him politically off their duties.

I am sure, that the president is aware, that perhaps calls from his person will serve little to realize national reconciliation and neither would it have been so, had his nemesis Raila Odinga won the election. Kenya is politically sensitive solution, and the only genuine mode of realizing national unity is embracing political honesty. This may require sacrifices, perhaps alienation of a few of hardliners around his camp, but if he wanted a priceless legacy, that would be perhaps the way to go.

In my opinion, there are only two possible ways of creating national unity, one a government that adopts bipartisanship. The continued feeling that the Kenyatta government is flexing its proverbial, tyranny of number to reach its goals serves very little to support the Presidentâ€™s intentions. His lieutenants in parliament seem to be keen on serving the executive rather than finding their own roles, and this gives him a chance to take a leading role in forging jointly created solution to matters of concern.

Naturally, my proposition will attract the known; this is not a coalition government. We are a nation of extensively short memory. Even with its dragging in decision making, the Coalition government under Kibaki and Raila achieved what no single government did. It achieved a constitution in 3 years, what had been a dream for 20 years. There was moving towards genuine and balanced development across the country, and Kenyans have the coalition government to thank for the peace that prevailed during the elections.

The other way, is to forge partisan agenda, Jubilee certainly rules both houses and his agenda will sail through, but he will only realize to alienate the already disenfranchised half population.

Uhuru Kenyatta is the President of the republic and his reaching out to the opposition can only be leadership, not cowardice. His supporters may have their egos dented when those who should ideally be outsiders to the national agenda are brought forth, especially if their ideas are accommodated, but this is what a president should do, be president even to the opposition.

The second viable option in my opinion is to support greater devolution. I can safely deduce, that Uhuru Kenyatta is not an enthusiast of devolution, but well, it is in the constitution he swore to uphold and I bet the big man has little, in a cautious sense he can do about it.

Devolution is a possible way of fostering a stronger united nation, united in purpose, our differences notwithstanding. The only voices of reason since the end of elections have come from institutions tasked with taking care of devolution.

The senate has jointly lodged a petition at the Supreme Court, totally transcending political divides. The Council of governors seems to speak from a united front, irrespective of the political affiliations. It is telling that the council as constituted has 24 CORD affiliated governors and 23 Jubilee affiliated governors, yet the chairperson is from Jubilee. Kenyans are not even aware how Isaack Ruto became the chair, and when the parliament was awash with fights over committees, the governors never treated the country to the same brinkmanship.

Supporting county governments gives the president a way of directly engaging the people. I doubt, any governor, elected on whatever party, will decline hosting the president if he knew the president was genuine about supporting his county.

I came across a joke recently that the president has visited many countries, than he has counties, perhaps showing that he may not be aptly aware of this opportunity. Indeed, his choosing to sideline the senateâ€™s consideration during discussions and subsequent passage of the revenue allocation bill and deciding to place a constitution office, the Transition Authority, under the clips of a minister does not serve to foster strengthen devolution.

Supporting devolution would mean, that the President decided wholeheartedly to relinquish certain trappings he enjoys for the sake of unity. It would be desirous to hear Uhuru Kenyatta say that though a certain function was left to the ambit of the national government, he feels it can be best exercised by the county governments. Is he willing to take the risk, I hope so.

Decentralizing attention will create 47 reducing how Kenyans look at the presidency. The 47 counties will criticize the government in unison, or praise it together, giving Kenyans one thing, they can share without looking at each other as CORD or jubilee.

On a lighter note, if uniting the country is extremely hard, Uhuru can send all of us to Uganda, except teachers. I admire the unity of the tutors; they listen to the voice of their commander, irrespective of where they come from. Perhaps after all, we need to be Sossionalized!

This piece was first published here http://lonefelix.wordpress.com/2013/07/24/to-president-kenyatta-embrace-bipartisanship-or-support-devolution/
Follow Felix on his Facebook page for more of his opinion and views https://www.facebook.com/lone.felix.9