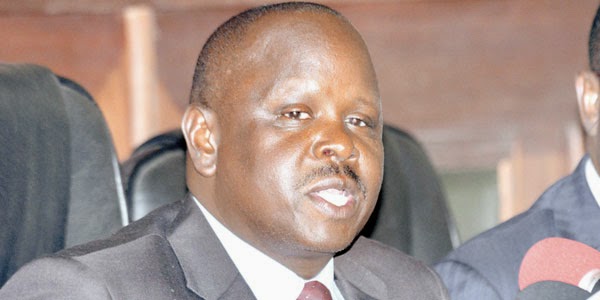 NO GAINS for counties with Uhuru’s 43% devolved funds, MASSIVE COSTS were devolved too, GOVERNORS in shit !
The signed division of revenue bill amounts to counties waiting for breadcrumbs under the Jubilee feeding table!
By Phil Wesonga

President Uhuru undisguised treachery on devolution of funds; how much is he keeping for an unsustainable war in Somalia, countless helicopter flights for himself the Deputy president, and their families; not forgetting armoured vehicles for all top government VVIPs? Read on!

Yesterday, State House announced that President Uhuru had signed the Division of Revenue Bill that had henceforth increased funds allocation to counties to 43% instead of the constitutional minimum of 15%. Quite regrettably, mainstream media in Kenya rebroadcasted and published this information – that counties would now receive a total of Sh. 226 billion without giving any background historical information or comparative data, like for instance interrogating how much was given last year!

The sad truth which underlines the shameless treachery of the Jubilee government is that in the last financial year, the total allocation to counties by the national government amounted to a paltry Sh. 198.7 billion, meaning that the “increase” so much sensationalized yesterday is a mere Sh. 28 billion. See how unimportant devolution has become?

Keep in mind, dear Kenyan, this money is meant to pay all the county civil servants and the devolved functions which were inherited from the national government while simultaneously also supporting development projects! Which governor will deliver?? I bet none.

The proposed Okoa Kenya referendum is fundamentally concerned with ensuring county governments obtain enough resources to not only finance their constitutional functions and payroll of the public servants that work for them, but also have the capability left to carry out developmental undertakings such as building hospitals and acquiring adequate infrastructure for them, equipping schools and/or building new ones, maintaining roads and building new ones.

This is why Okoa Kenya is calling for the NATIONAL BUDGET aas opposed to the NATIONAL REVENUE to be used as basis for calculating county allocations. If this formular is adopted by the national government, it means the county governments will receives a total of Sh.731 billion which will indeed go a very long way in facilitating development and economic growth in the grassroots at ALL 47 counties instead of financing unhelpful wars in other countries such as Somalia and South Sudan.

Right now, you are urged to READ the daily press with a pinch of salt; they are very much part of the status quo groups that want to continue disenfranchising the majority poor who are waiting for funds in the grassroots.