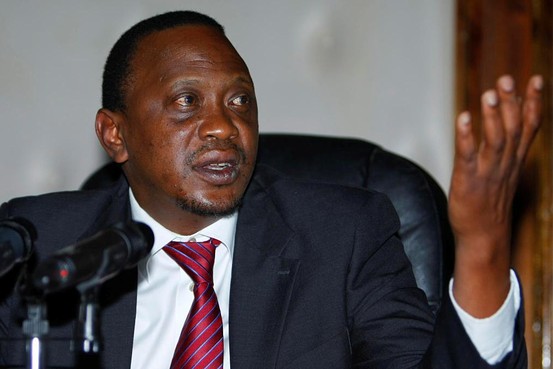 Allow me to be precise and up to the point with truth in this dying moments of electoral campaigns in Kenya. In a sincere observation of the underlying issues; it is clear to all and sundry that Uhuru Muigai Kenyatta of the Jubilee Coalition is set for defeat come March 4th. That is, regretfully, after spending much money, time and human resources in trying to entice the nation to vote for him. That is a bad news for those who lent him faith and good news to those who believed in real reforms.

Uhuru Muigai employed several game schemes in the race, including buying allegiances, but fate seems to resist him violently. He will be exceedingly defeated in the forthcoming presidential elections and the news of the results will make him sick; almost invalid. Here is why:

1. Lack of own national name

a) That Uhuru Muigai lacks personal attribute is a reality that worries the people of Kenya. It cannot be wished away that the majority cannot remember him for anything fundamental to his name except computer errors that stole Kenyaâ€™ billions of shillings, the shilling vs dollar forex scandal, betrayal of Musalia Mudavadi and post elections violence.

b) If one removes his fatherâ€™s name and riches he remains an ordinary poor man without a ground to call any shots. Worse still, his fatherâ€™s name is a constituent of vices which include murders of promising prominent Kenyans like J.M Kariuki, T.J. Mboya, Pio Gama Pinto, among others, land-grabbing and utter selfishness.

c) He is a tribal host holding his people hostage for helplessness and riding on their back for further dominance while pitting them separately against the entire set of the nation. That is disastrous.

a) Although he tried to acquire a tribal team in Rutoâ€™s Kalenjin community by striking a running-mate deal in the forthcoming elections, the Kalenjin have openly dismissed it in a catchphrase â€œAchicha Wendi Kityoâ€ simply asking Ruto to go alone. They say the alliance that stemmed from convenience after ICC cases engulfed the two does not address their economic and political interests and Uhuruâ€™s people will never support their quest when time comes.

b) Another fear is bolstered by Francis Kimemiaâ€™s and Michael Gichangiâ€™s prevailing maneuvers of impunity. The Kalenjins and others in Uhuruâ€™s team think he will extend his term in disregard of the law and most likely dump Ruto after winning the elections. That will be a terrible part of the scenario in the hold on to power by a selfish community.

The Kalenjins say the alliance that stemmed from convenience after ICC cases engulfed the two does not address their economic and political interests and Uhuruâ€™s people will never support their quest when time comes.

c) Again, the Kalenjins on whom Uhuru banks his hopes fear that Uhuru may renege, like he did with Musalia Mudavadiâ€™s agreement, and give them less than 10% instead of the 50-50 contractual share of the government. This they argue has a history backdating to the day of independence when J. Oginga Odinga gave Kenyatta power but he soon turned against, and detained, him for asking him not to grab lands. Mwai Kibaki also repeated it against Raila Odinga ten years ago. It is easy for Uhuru to begin appointments unilaterally and when Ruto questions it a junior Kikuyu replies him superciliously. That will deal their deal a blow as Kenyans sit watching.

3. Insensitivity to Kenyansâ€™ future welfare, especially, in the face of sanctions

a) Following declaration of straining of relationships with development partners in case Uhuru forms the next government; Kenyans are skeptic about making him their leader, especially after he failed to clarify in a presidential debate what he would do to alleviate the disaster. He knows it but hides it.

b) Again in a deceitful manifesto, Uhuru (like former President Moi) has inserted and stressed that he will do business with Kenya by selling Kenyatta familyâ€™s milk to all local families through a primary schools milk program. That is mischievous and corrupt. Majority of citizens are lean â€˜cowsâ€™ and milking them further by unscrupulous means is unacceptable. The people have seen his juvenile ideas and are not amused at all.

Together with other reasons which include apparent State House machinery acting in Uhuruâ€™s aid in the shadow of Mwai Kibaki, the proprietor of Project Uhuru the Tribesman, Kenyans have vowed to resist and vote him out of the contest in the coming elections. That will be a reward for Kenya by Kenyans.