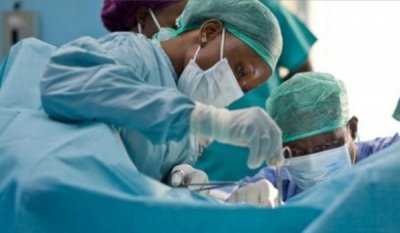 Yesterday evening, following days of almost palpable anticipation regarding the composition of the Cabinet, President Uhuru Kenyatta announced the names of four individuals that he will present to the National Assembly for vetting before they assume their roles as members of the Executive arm of Government.

For the position of Secretary for Information, he chose an IT Guru. A University Don with years of experience in the field, Mr Fred Okengo. For Secretary of Foreign Affairs, Amb. Amina Mohamed was selected. She is a career diplomat having served as diplomatic representative at high levels at the United Nations Environmental Programme. For Treasury Secretary, Henry Rotich…A career civil servant and celebrated economist. I commend the President for his choices in the aforementioned three ministries. They are fresh faces that so far represent the face of Kenya, take into consideration gender balance and most importantly, professional competence.

However, I must register my disappointment with his choice for Cabinet Secretary for Health. Before I go into this, allow me to first give some background so as to inform you of the reasons for my opposition.

Kenya is coming from an era where cabinet appoinents were purely political affairs with the most important considerations being party loyalty and regional balance. In spite of this, we did manage to land upon some gems such as the late Hon John Michuki who managed to turn the Transport Sector around despite having limited background in the said area. He even famously declared that he had never bought a second hand vehicle in his entire working life. At first, many were apprehensive about his ability to perform in such a key ministry given his detachment from the day to day issues facing public transport. He pleasantly surprised us all by streamlining the sector.

But I hazard to say that such examples were the exception rather than the rule. We are the same nation that put the only nobel laureate we have ever produced, the late Hon Wangari Maathai, in a ministry that had nothing to do with her prize. She was an environmentalist celebrated the world over for her conservation efforts yet the Environment docket wad headed by an accountant at the time. This gives the impression that more luck than deliberate intent went into cabinet appointments then.

The Healthcare Sector has for many years been treated as a second rate ministry. This is so in many regards but most significantly, in terms of budgetary allocation. The Abuja declaration states that the bare minimum required to run a country’s health affairs is 15% of the national budget yet we, at best, hover between 5-6%.

It is on the background of this consistent maltreatment that I base my argument. As a young budding doctor, in undergraduate training, one is taught that mistakes in our profession cost lives. To emphasize this, for instance, we are taught that when examining a patient, one must always stand on the right side of the patient’s bed. This is for a variety of reasons not pertinent to today’s discussion. However, undergraduates are failed in their clinical exams if they contravene this rule. The point being to pass across the message that in healthcare, details matter. Health is not the sector to adopt a trial and error methodology neither in patient care nor in management of the sector as a whole. Mistakes in this regard cost lives!

Therefore, in light of the new constitutional dispensation where MPs are no longer appointed to cabinet and that the National Assembly vets nominees to such positions on the basis of qualifications, it is my view that the President’s advisors would have done better in guiding him towards a professional with a proven track record in healthcare. If for no other reason other than the fact that, he who wears the shoe, knows where it pinches. They did so for all other Ministries named yesterday, why not health?

>>Give your comments below