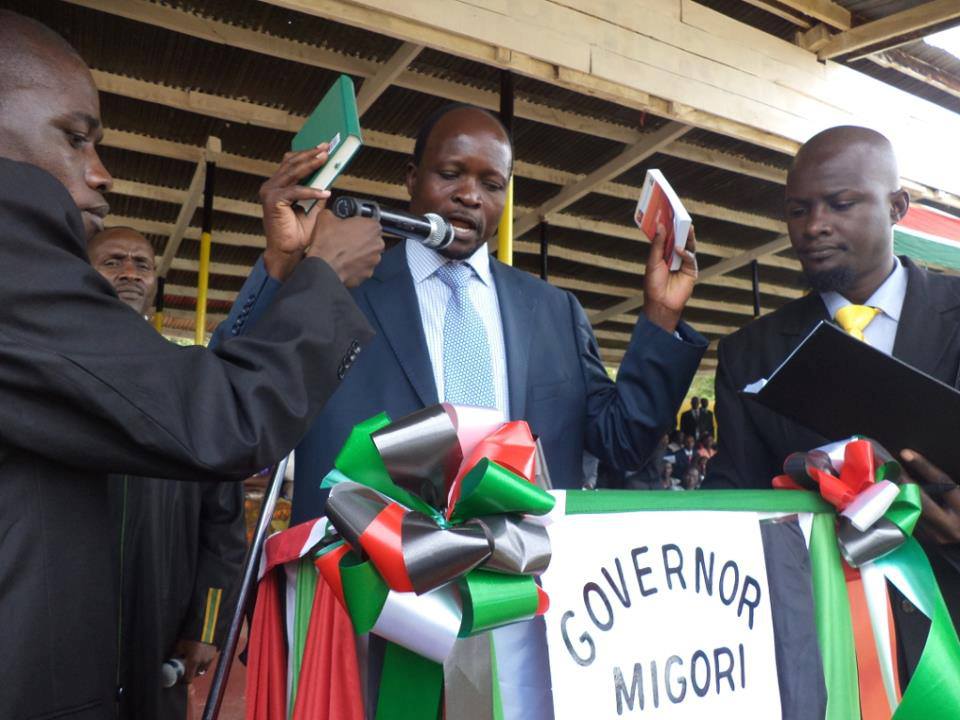 Panic has gripped the Jubilee Coalition following Saturdayâ€™s events in Homabay where the CORD brigade was received by a sea of humanity. The Jubilee Government seems not to have taken this lightly.

Sources close to the President indicate that Jubilee is eying the Migori County Governor Mr. Zachary Okoth Obado to be the point man in Luo Nyanza.

Governor Obado was elected on a Peopleâ€™s Democratic Party (PDP) ticket a CORD affiliate party. To demonstrate the seriousness of this matter, Uhuru is tomorrow (Monday) scheduled to meet the Governor in State house Nairobi in a bid to gain insights on how best he can penetrate Railaâ€™s stronghold.

The move by Jubilee to gain acceptance via Governor Obado is likely to fail given the fault start by the regime, the sacking of NSSF managing trustee Mr. Tom Odongo who hails from Migori County (no credible reason was given other the fact that he is Luo), will not make matters easier for Uhuru.

Uhurutoâ€™s governance approach characterized by extreme tribal appointments will for sure isolate them from the rest of Kenya, many non jubilee communities have already given up of any positive thing from the current regime.

A leading Nairobi based political analyst who consults for the president occasionally agrees that the move will not yield much but reckons that it is a good move and a timely one.
â€œThis is the time to dangle the national cake, the president has nothing to lose but to gain, it may not make much political capital in the short run but in the long run it will pay off.â€ Added the good political analyst who requested anonymity.

â€œThe president is wasting time and money wooing the opposition. He should instead concentrate in governing, it doesnâ€™t matter how many politicians he will buy, the votes are with the people. Nyanza people will have nothing to do with people who have stolen their victory twice. Uhuru should consult Tuju, he will have a good story to tell.â€ Noted a leading Migori professional practising in Nairobi.

Governor Obado is signing off his political obituary, the mood on the ground does not allow one to even think of working with Uhuru leave alone sharing Githeri and Chai rangi. You eat Githeri and you kiss Mbuta goodbye forever added another professional from Migori.

â€œWhat will Obado benefit? Has Uhuru rewarded Luos in Jubilee? Did he appoint Onyango Oloo for any position yet? Huyo goveronor a kwende kabisa, Migori Jubilee hapanaâ€ James Misore a Migori resident noted.