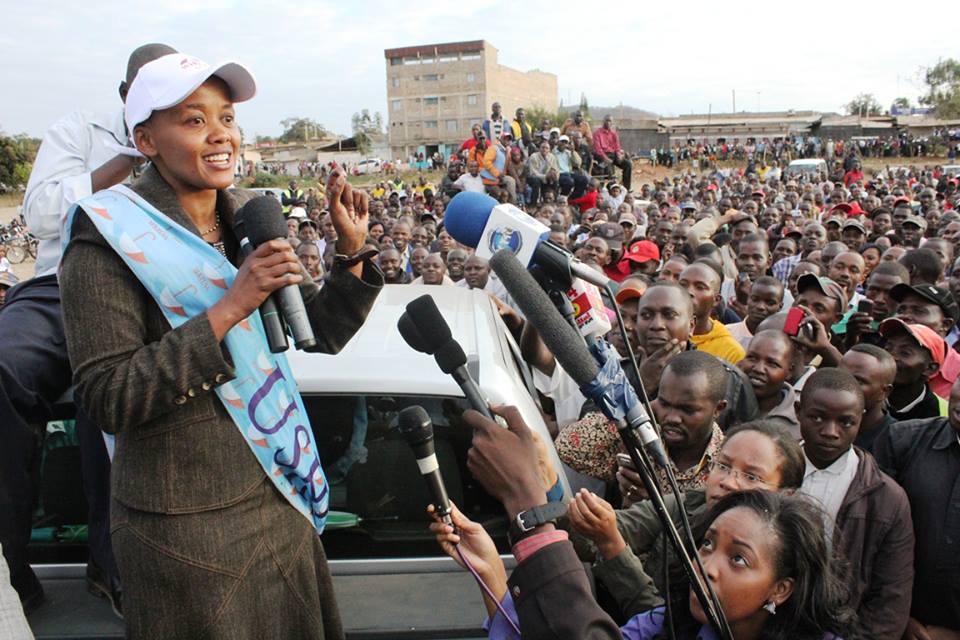 CORD SCORES A FIRST ON JUBILEE WITH KETHI’S CANDIDACY

The ruling Jubilee Alliance shocked the country this morning with a dubious letter to the head of the electoral body- IEBC with the intention of blocking prolific city lawyer Kethi Kilonzo from running in the Makueni County Senate by-election, however, the alliance currently running the government poorly has been left with a rotten egg smelling in the face ofÂ  their leader President Uhuru Kenyatta.

With the usual pedestrian thinking of its strategists who abhor political competition, the alliance through TNA had hoped to block Kethi on the basis that ‘she is not a registered voter, the move was backed by a very basic searchÂ  using her national identity number. Unfortunately, the ‘think digital act analogue party’ failed to realise voter registration can be done using other legal documents- in this case a passport!

Kethi happened to be among the few Kenyans, including myself, who used their passports to register!

As Jasper Mbiuki, the TNA Legal Affairs Secretary (with some funny designation on administration of justice) rues this day, CORD supporters sighed with relief; making the Makueni senate a referendum on both TNA and the already cracking Jubilee Alliance.
Elsewhere, known Jubilee henchman Dennis Itumbi has thrown his ‘support’ to the CORD candidate, claiming she is a better deal than the tired, irrational, yes man called Prof Phillip Kaloki being pushed by the Jubilee Alliance, here is Itumbi Facebook post;

“In the interest of Freedom of Expression and association with the best ideas, let me note that I support Kethi D. Kilonzo for Senate…I think she is the best Idea for Makueni, My support however is only that, because I have no vote…..I may not agree with her association especially Africog and the idealism, I may not agree with her arguments, But she remains to me a better choice……”

Itumbi’s endorsement may be interpreted by many as the ruling coalition’s indication that it may throw in the towel.

Itumbi’s support, however irked other bloggers who wondered when the man alleged to be behind the hacking of ICC data bases thus led to ‘widespread disappearances’ of prosecution witnesses in the Kenyan cases at the Hague ‘marshalled enough conscience’ to even think of endorsing Kethi.