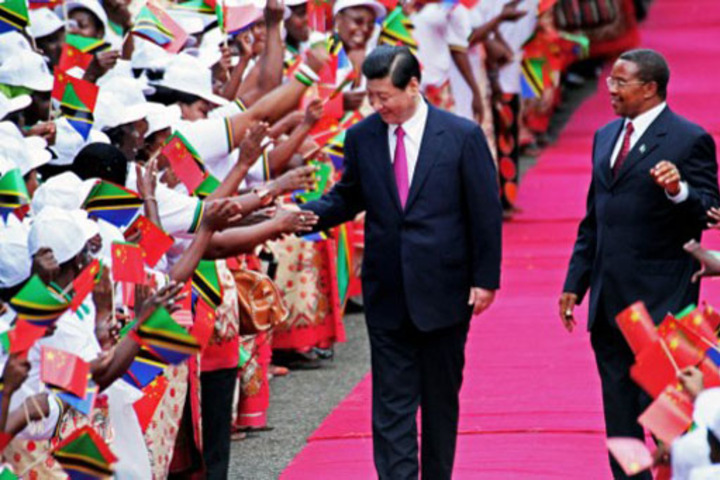 Faced with numerous strikes, against a background of a tight budget, due to shying away by donors, impending sanctions because of ICC and misplaced priorities like the Laptop for kids project The Uhuruto government is increasingly growing insecure and desperate.

Testament to this despair, Kenyaâ€™s Former Prime Minister Raila Odingaâ€™s office was recently vandalized into, simultaneously with a raid on Government Chemist and forensic evidence of how Mutula Kilonzo- one of Kenyaâ€™s most celebrated lawyers was murdered carted away.

The David Cameron refusal for a photo-op, and the Obama snub, are rumored to be driving Uhuru into deep thoughts, and probably depression.

Ruto, his fellow ICC inductee and Deputy President, growing desperate to show and enjoy power has waived his right to appeal, at the altar of power in Nairobi. Ruto would rather go to jail for life than take leave from power to fight for his freedom.

Thatâ€™s not even power hunger, its power thirsty. Fore-going freedom and rights for power just to prove a point.

The international community seems to be closing in on Kenya- which was warned by Koffi Annan and Jonnie Carson against electing genocide suspects. The World Bank recently said Kenya needs to change its economic fundamental, and was also declared a failed state by a Washington based think-tank.

What conditions the US led World Bank wants, like was evident in the Moi era 90s, will usually form the foundation for sanctions. One thing will lead to another, until finally, Kenya would end up hiding in an economic fox-hole, below ground Zero.

Kenya will be told by World Bank to either shape up or shape out, then of course, Jubilee big wigs would be arrogant about it, Jubilee will go to China as expected, then China will demand Kenya becomes Communist like they always attach aid to Cuba, Equador and Venezuela.

Thatâ€™s where China and Kenya will clash, because the Jubilee are Kenyaâ€™s capitalist elite, and they will clash with China ideologically. Uhuru insiders own most of the Kenyan corporations, and they arenâ€™t willing to nationalize their own businesses.

Then China will get pissed off, and by that time the US would have isolated Kenya, and Kenya would be left to its own devices. That is how Kenya would slide further down the cliff into recession- isolated nation without a master to turn to.

That is what Makau Mutua, a Daily Nation columnist in his recent Op-Ed meant when he said, â€œyou cannot substitute one Master, with another Masterâ€. Itâ€™s not the remedy to Kenyaâ€™s fledgling economy.

Venezuela, after hard beating for a decade of a fledgling economy, and a dissatisfied middle-class and rise of a new president has recently been attempting to close ranks with the US. Iran after learning the hard way recently elected a President who is sympathetic to the West with a view of getting Iranian sanctions lifted.

China- a Communist and Centrist dictatorship that cracks down on its protesting citizens has increasingly become a darling of Kenya and African nations because of their policy of 10-20% cuts which goes to the pockets of government bureaucrats for every contract they get. Kenya ranks as one of the top 10 most corrupt nations on earth, together with Nigeria.

China- Jubileeâ€™s key ally and Financier in the last election- has also been in the news with house to house police executed abortions among the women who are pregnant for a second time.

A Chinese baby whose mother- pregnant for a second time- refused to abort, and instead hid the baby in sewage. Christians around the world requested he be called baby Moses. Moses, the Jewish biblical star, was found floating on River Nile, before being rescued by Pharaohâ€™s relative.

Kenyans who are predominantly Christian and Muslim would most likely refuse to endorse a Sino-Kenyan dalliance once the real China begin to be unraveled to them. The Uhuru government is also expected to become less tolerant using Chinese military and police hardware as evidence by the recent crackdown on Occupy Parliament protests.

Tanzania is undoubtedly the next gateway to East and Central Africa and the US appears determined to see that happen, and as the most powerful nation on earth with a GDP 2 times that of China, it will make that happen given that Kenya is a Failed State thatâ€™s increasingly becoming a Chinese appendage in East Africa. Talks are already underway to move the UNEP Gigiri Headquarters to another country, Arusha too under consideration.

As the EAC headquarters, that would effectively make Arusha the Diplomatic capital of East Central and Southern Africa. As a member of both EAC and SADEC, Tanzania- a stable democracy is attractive to the US because itâ€™s an alliance that would cut both ways.

With an ICC inductee in power, with failing institutions, courts, electoral framework, insecurity, in Kenya it just makes foreign policy sense for the Worldâ€™s premiere Military power to groom Tanzania- whose Port is more efficient than Kenyaâ€™s into a regional powerhouse.

Museveni- a known expansionist- has for a long time sought to have Tanzaniaâ€™s role in East Africa elevated, as a way of playing the 2 countries against each other, so he can dominate the region.

Museveni, Uhuru Kenyattaâ€™s new found mentor who is reported to be keen to groom his son Muhoozi- is keen on having Tanzania check Kenyaâ€™s influence in the East African region. That way Uganda, a landlocked nation would perpetuate its relevance by mediating any conflicts that may arise, as is fore-seably predictable.

Rather than rush into courting China- another Master- what Kenya needs is a roadmap to become a truly independent and self sufficient state, where systems work and democracy thrives, with a bulging middle class- an industrialized country with improved standards of living.

But that wonâ€™t happen for as long as individual freedoms are curtailed, and when Chinese intelligence is helping Kenya set up a cyber-surveillance infrastructure that will see NSIS- Kenyaâ€™s spy agency to hack into Kenyansâ€™ E-mails, Tweeter, and Facebook posts, while also eaves dropping on phone conversations of leading opposition figures like Raila Odinga, Kalonzo Musyoka, Boniface Mwangi, Moses Wetangula and others.