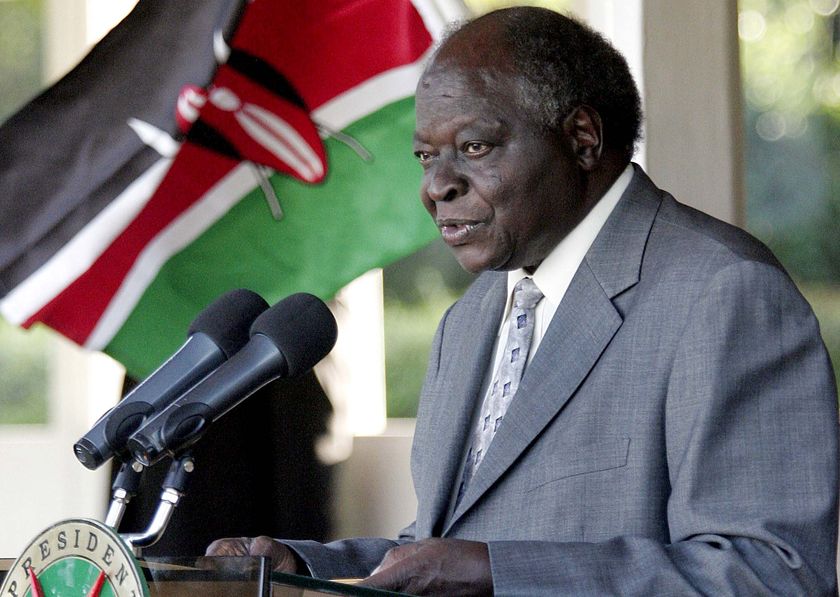 There is a belief that failure is somehow good â€“ somehow beneficial. If that established maxim has any grain of truth, then I stand on the other side of the divide. The Kenyan government, in many ways, has failed, and there is scarcely anything good about it.

Paraconsistent political praxis that favours corruption and corruptible leaders seems to be a desired path for many politicians. Unfortunately, in constitutional reforms being implemented, no progress is being made; the circuitous process of actuating the peopleâ€™s Constitution is being presided over by the political conservatism agents of the antiquated order.

Kenyans, locally and in the Diaspora are treated to deafening theatrics and political ceremonies laced with the kind of semantic capaciousness in their collaborations and vacuous promises that only self-delusion would find pleasant.
Believing themselves as the most suave, Kenyan politicians, still neck-deep stuck in the traditional stock and trade of tribal jingoism and attendant arithmetic, clanism, non-egalitarianism, and unspectacular eccentricism bordering on collective cannibalism, refuse to look at the new Constitutional age with new lenses.

If we elect to lend legitimacy to the style and rhetoric of Kenyan politicians, then in a way the Chomskyan perspective would rope in the general Kenyan electorate and accuse it of complacency and contributory madness. It is difficult to entirely blame the politicians for what they do, including astonishing salary increase, without pointing the same finger at the masses that worship them, cheer them on and call them hallowed names like â€œhonourableâ€.

Even with the blessing and benefit of the Constitution of Kenya 2010, the electorate seems not to have changed tact, and politicians still changing political parties like restaurants. Didnâ€™t the Constitution bring enlightenment with it? Immanuel Kant, â€˜â€˜What Is Enlightenment?â€™â€™ in What Is Enlightenment? Eighteenth- Century Answers and Twentieth-Century Questions, reflects on this question and seems to have had a dream about the Kenyan situation.

Kenyans should choose to benefit from history. There is a singular ignoring of the history of development of the post-agrarian and nigh modernist African and Western intelligentsia and its genuine involvement with the Left. Today, Kenya has no political party with any sound political ideology. For how long will it remain hooked to matters euphoria?

Kenya is in the middle-of-the-road reform crisis. What with a legislature that strives to water down pieces of legislation, unfathomable absenteeism in parliamentary proceedings, scandals upon scandals, cronyism in constitutional appointments, and a devolved system of government that is not well understood by majority of the masses.

At the advent of the NARC government, Kenyans rose up to a distinguished degree of hope and heightened dreams. It never took long before those historic hopes and dreams were painfully truncated by the filth and rot in the Kibaki administration characterized by corruption, self-aggrandizement, elitist interests, tribalism, nepotism and political back stabbing.

Key fundamental institutions played major roles in sinking the country into the post-election violence that characterized the 2007 election malaise. In the new age, the media should rise up to great heights and shape the political discourse, even if it means lack of coverage for such politicians that pass for war mongers.

There is need to set up clear democratic space that would serve as a mechanism to focus and educate the electorate on increased strategic socio-political, economic and even religious inter-relationships for justice, peace, reconciliation and development in electoral processes . Inter-ethnic tensions have long been known to form in the electioneering period in Kenya, Uganda, and recently in Sudan.
Is there a credible promise after the March 4, 2013 elections? As Spivak postulates, reading Aristotle and Shelley, students typically ask, what is the difference between prediction and pre-figuration? Can Kenyans forecast the state of national affairs after the first election under the Constitution of Kenya 2010?

Kenya is in need of a leader who will help to put the nation together, back to order and the path to greatness. The sham and pseudo-drudgery of the Coalition Government, the absurd theatrics of the two principles, a tenth parliament that isnâ€™t too sure of its work, a government that is less interested in prosecuting the corrupt who hold the ranks, so much industrial unrest, poor quality of education, high unemployment among the youth, and civil servants who rob the government, all constitute the ills that patriotic and progressive Kenyans desire to see no more.

Eastern Africa Neo-Sociopolitical Ideals
The neo-malignancy of this post-modernist â€˜libertyâ€™ and the epochal agency of neo-despotism being costumed as democracy have plunged Kenya and Uganda into a realm of sociopolitical ideals that have facilitated limited progress.

Political party despotism is vibrant in Kenyan, Uganda and Sudan. Political party nominations of candidates are merely a sham. Party leaders, who mostly get to be presidential candidates, endorse preferred parliamentary and civic candidates, even to the chagrin of the electorate.

Political Party leaders take advantage of the youth’s frustration, and use them for expediencyâ€™s sake. Violence among the youth, especially politically-related violence, is a mounting problem in urban areas in Kenya, but also now in suburbs and rural regions.
Kenya and Kenyans need to find a way of finding comfort with the truth so as to face and address historical ills. As a Commissioner at the Kenyan National Commission on Human Rights, Hassan Omar Hassan made bold remarks in respect to tribalism in Kenya, and how the National Cohesion and Integration Commission should stop tribalism. Some rose up to demonize him. Yet Hassan was saying it as it is, and that the security arms of the country are all headed by people from the same community. As Barasa Tome asserts, â€œThe truth is Hassan Omar is only but a messenger of the great masses disenchanted with the state for riding roughshod over the constitution.

Conclusion
The position is clear. We cannot faithfully argue and think of a democracy without a government that reasons with the people. Though having not faced serious war, Kenya is in urgent need of reconstruction. The notion of reconstruction as a concept is understandable but as a process of producing or recovering and uncovering history is problematic practically. Reconstruction is possible when there is a complete change of the mindset that fits into Thabo Mbekiâ€™s pontification of Renaissance, and embraces his epic speech â€œI am an Africanâ€. Perchance the delusional effect that made Kenya to trust the Coalition Government and by that reality have two principles that are not principled will be documented as a historical folly that all will ever cringe about.

This opinion piece first published at the personal blog of Javas @: http://bigambo.wordpress.com/2012/05/

Javas Bigambo is a consultant at Interthoughts Consulting, Nairobi Kenya, where he is an authority in Governance, Political Advisory, Development and Communication.