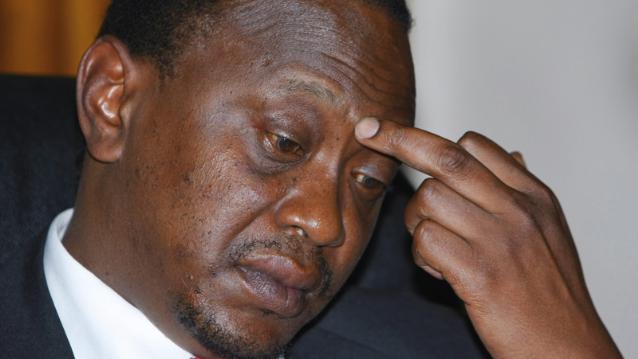 The Jubilee Alliance continues to show brave faces in the face of grim opinion poll figures. They claim to have the numbers, a reference to the voter registration statistics for Rift Valley and Central Kenya, their perceived bastions.

It is indeed true that Central registered a good number of voters and that Rift Valley with 3.1 Million registered voters lead the country in voter registration; it should be noted that there are many immigrant communities living in the Rift Valley who might not necessarily vote for Jubilee. Upper Eastern has traditionally voted with Central Kenya.

Going by the above logic, the Jubilee would begin with a strong 5M plus vote in the presidential election assuming there was to be a 100% turn out. This argument however is simplistic and fallacious.

Number one, it is improbable that there will be 100% voter turn out. The jubilee coalition, with a strong support base in only two of six regions, even if most populous will rely on a massive voter turn out to have the edge over CORD.

While it is safe to assume that Central will turn out well, it is difficult to say the same about the vote rich Rift Valley. Firstly, the Rift valley is a cosmopolitan region and only the Kikuyu diaspora and pockets of Kalenjins will vote for the Jubilee. The Maasais, Samburus, Turkanas among others have their loyalties elsewhere. The other small tribes other than the Kalenjins and the Kikuyu diaspora in the Rift valley account for about 20% of the population and mostly lean in favour of the CORD coalition.

Number two, Ruto excited the Kalenjins with a promise to vie for the presidency, even if his potential candidacy did not hold much promise. It is not lost to the nation how he ridiculed two seasoned politicians, Henry Kosgei and Frankline Bett for angling to deputize Raila Odinga, then in an ODM ticket. He exhorted his kinsmen not to support the two ODM stalwarts but him, since unlike them; he was going for number one, the real thing rather than number two.

True to his usual self, he beat a hasty retreat and began to jostle for number two in the Jubilee Coalition, along the way elbowing out Eugine Wamalwa for that position. He explained his turn around on the logic, that the Kalenjin on their own could not marshal the numbers to win the presidency.

The Kalenjins, who are extremely discerning folks, have been left to wonder why then, he ridiculed Henry Kosgei and Frankline Bett. Granted, the latter two are not on any ticket but it is not lost on the Kalenjin nation that he sabotaged and jeopardized their chances. The logic that Kalenjins could not win the presidency on their own is not news. He was expected to craft and head a coalition that could win, seeing that he bragged that he had unrivalled means, wherewithal, political acumen and charisma to do the same. This change of tune by Ruto explains the apparent apathy in Rift valley that has now metamorphosed into Achicha and most recently, the crying call: â€˜â€¦ in the lower and middle, vote URP but up there, use your brains!â€™

Thirdly, the Kalenjins, being discerning as has been said, continue to have a soft spot for Arap Mibey. Granted, there was a sustained hate and propaganda campaign against him spearheaded by Ruto but the common Kalenjin knows that the Mau evictions were sanctioned collectively by the cabinet in which Ruto sat. They also know that the idea for environmental conservation championed by the Right Honourable Prime Minister was a noble one; their very livelihood depends on it. The Kalenjin nation knows that the resettlement program for Mau evictees was sabotaged by the side of government that Uhuru Kenyatta sat in and that the propaganda being bandied around that it was Raila who took Ruto to The Hague is nothing but a tall tale. It is why the Right Honourable Prime Minister will still get a good harvest of the votes in Kalenjin. It has been reported time and again that the South Rift particularly holds good prospects and is a fertile ground for the CORD campaign juggernaut.

The other perceived stronghold for the Jubilee coalition is upper Eastern. If Kibaki worked up passions in past elections in upper Eastern, the same cannot be said of Uhuru Kenyatta. Uhuru is no Kibaki! It is not lost to folks that Uhuru treated Kiraitu Murungi, the regionâ€™s perceived kingpin and his â€˜mbusâ€™ with unmitigated contempt. That showed them that they are not valued in Uhuruâ€™s political calculation and that their vote is taken for granted.

The mistreatment of Kiraitu Murungi and Mbus will definitely generate apathy in the ballot box. That aside, the CORD machinery will exploit any apathy towards the Jubilee Coalition in upper Eastern to harvest handsome returns compared to previous years.

In the foregoing analysis, the Jubilee only has a reliable vote in Central and Rift valley diaspora. They have not sufficiently appealed to Kalenjin Rift Valley and upper Eastern to cast the vote that will make all the difference. While their lead in those areas is not in dispute, the CORD coalition will hold its own in those areas and that will eat into Jubileeâ€™s advantage.

Elsewhere in the country, the CORD coalition has the support in Western, even if for purposes of analysis the Western support will be in the run off, assuming they vote for Amani in the first round. It is not in dispute that CORD fares better than Amani in Western but pundits will tell you that when analyzing your prospects, you assume the grimmest data or use the worst case scenario.

CORD has consolidated the Nyanza vote. The Kisii vote that has been toss up in the past is solidly in the CORD column this time round. So does Kuria.

Coast province will vote for CORD, so will North Eastern. Sixty percent of Nairobi will vote for CORD which, contrary to popular belief, will most likely sweep the gubernatorial, senate and women representative seats.

Another factor that favours the CORD coalition is the experience of its leadership. These folks have been in the game for long. In the CORD campaign, Raila and Kalonzo have been presidential candidates before and both understand the terrain of a presidential campaign well. Granted, Uhuru has been a candidate but only as a project of former President Moi. Technically, it was Moi and not Uhuru who lost the presidential campaign in 2002. Uhuru could have been a candidate in 2007, but he chickened out, bowing to ethnic pressure to support Kibaki, a candidate he had previously waged a vicious war, manifested most clearly in the 2005 constitutional plebiscite. That goes to show just how tribal he is.

The Jubilee initially tried to exploit the ICC trials to whip up sympathy for their cause. Indeed, they achieved that and momentarily boxed the Right Honourable Prime Minister in a corner, accusing him of orchestrating their tribulations. That however only lasted until the ICC communicated to the country that it was not Kenya in trial at The Hague but the two suspects on the Jubilee ticket. The strategy has backfired spectacularly as I am going to show later in this article.

That everything against Kenya is already manifested in Zimbabwe, Sudan, North Korea, Myanmar, and Iran among others. It is an unenviable club to be in. At least Iran has oil to count on and which it can sell to China. Tullow Oil, The company currently prospecting for oil in Kenya has roots in England and there is real chance it will abandon its activities in Kenya if the Jubilee won. The Turkana folks have recently seen light at the end of the dark tunnel as schools, boreholes, health facilities among other social amenities that were previously unheard of have began to litter the landscape in Turkana as part of Tullowâ€™s corporate social responsibility. More is yet to come when the drilling proper begins in a couple of years, when Turkana can bid farewell to the vicious circle of famine and livestock deaths. These are gains that could potentially be scuttled by the monstrous naivetÃ© of electing a jubilee presidency.

Tourism for along time has been a top foreign exchange earner for the country. So is tea. Miraa is another. These industries are in real peril of collapse if Kenyans elect leaders who have been condemned by the community of nations. We cannot afford to be represented at international forums by leaders who cannot travel for fear of arrest by the international police in foreign lands, like common criminals.

Jubilee in their counter arguments have retorted that Kenya for a while now has been running up to 97% of her budget on local revenue. They have not told us how we will bridge the deficit of 3% in the budget. Most importantly however, the Jubilee think tank has conveniently forgotten that Kenya has achieved this milestone under the leadership of Kibaki and Raila. It helps to remind them that Uhuru may not necessarily have the political and economic acumen of Kibaki and Raila that has resulted into Kenyaâ€™s lofty economic fortunes that they are so happy to talk about!

Similarly, our economic progress has been the result of trade and foreign exchange. They should tell Kenyans how they intend to continue balancing the budget when no tourists visit our parks and Hotels, when our traditional tea and coffee market shun our goods and when our leaders cannot negotiate at international economic forums for fear of arrest. Kenya is no China, it is neither the US nor Japan. Kenya is no South Africa, Singapore, Hong kong, Malaysia or Germany which are economic powerhouses capable to withstand sanctions for some period. Like Zimbabwe, our women will carry cash loads, not in wallets that we are so used to, but in baskets to buy milk and bread from the supermarket. It will be a miracle if they will get the milk and bread from the supermarket shelves in the first place.

Ultimately, the demographics of our politics is tribal. It is a damning fact but one which we cannot run away from. There is hope folks can overcome the urge to vote tribe when the issues are so egregious and transcend the tribe. The Kenyan population consists over forty two tribes and the other forty has begun to loathe domination by two tribes. That is a powerful factor but again Uhuru as an individual cannot stand up toe to toe with Raila in most aspects.

Uhuru has not fought for our democracy, he did not bring down the infamous and hated Moi regime down and he certainly did not do as much as Raila did to bring a new progressive constitutional dispensation. In a direct comparison between the two protagonists, Raila Odinga towers over Uhuru in everything but wealth.

These are the factors that will determine the elections. It will not be a simplistic assumption that two biggest tribes with biggest voter registration numbers are fighting in one corner. Tribes moreover vote for their interests and they look at the coalition that preserves those interests, not one that wants to use the tribe to protect themselves from international justice. That is why Jubilees retort that they have the numbers is baseless and cannot fly.