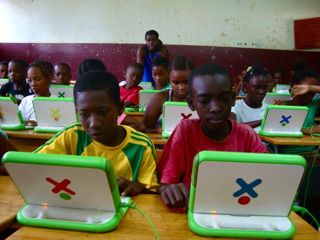 A cornered rat will constantly hunt for an exit alleyway however dicey it is. This is the situation jubilee leadership is grappling with. Maybe, they thought that when you are at the wheels of rule, your orders are robotically transformed into actions.

But get this, the ICC couple never sought power to work for Kenyans, they wanted to save their dear skins. That is why they always look puzzled. Ruto has reverted to comedy while his fellow indictee -kenyatta – is now the arguably number one East Africa tourist.

Presently, teachers are on the streets demanding for something they negotiated some fifteen years back. The legal notice no: 534 of 1997 is being implemented in piecemeal as though they are doing favour to teachers.

Moi rambled round the contract. Kibaki put a deaf ear to the legal notice while the digital villains have perfected arap Moi’s tricks. Teachers are hitting below the belt. They are eyeing the funds allocated for the digital project.

Let our teachers have some merrymaking on the street. Paradoxically, even the fervent supporters of the current regime have suddenly become the loud mouths. Methinks they are fooling us. Unluckily, our intellectual rating surpasses theirs.

There are only two alternatives. They will either find the laptops already in schools or the laptops will find them in classes. The extent of the strike matter not.

The project must be executed anyway. This is a solemn swore from jubilee. Nothing will stop the “YK92 gang leader” and “the willing buyer” from gratifying this campaign pledge. Not even the brilliant input from academicians will halt the plan.

I know you are asking why? Ok let me jog your mind. Uhuru, Ruto and their cronies are corruption legends, impunity diehards and serial law breakers. This is a fact you have to live with. They have already skimmed for the money. A big chunk will end up in their pockets.

They are also under pressure to recover the money Uhuru poured during the campaigns. Remember, their trips to the Hague must be funded – not from their pockets but yours.

They are also burning with the urge to inflate their business empires but, as you know, their salaries are “meager”. Where do you think they will get the money from?!

Considering a “political promise” made in rallies, they have to roll it out, otherwise; they don’t want to create another “elephant in the house” in the next presidential debate. They will pretend to implement this poor policy knowing it will fail but later blame it on the “opposition”.

The trouble is that when we grill this project, jubilee imbeciles irrationally think we are against it. I don’t think so. We are just perplexed by the pedestrian approach the project is being given.

Some shallow minded jubilee sycophants will start yelling and deafening our ears with words like “we won” and “we will rule forever”. Spare me your lousy arrogance; i don’t belong to the cave like you do. I am a descendant of homo sapiens sapiens.

I would rather save my energy not to talk about it again. This is a money-minting scheme and scandal and i don’t fear saying so. I hover hope that it will be implemented properly so as to advantage our kids.

In the event that the contrary prevails, i ask for a serious commission of inquiry to be formed – perhaps led by Mutunga – to investigate the matter. I rest my case.