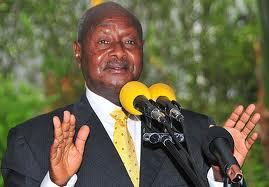 President Yoweri Museveniâ€™s laconic and courageous attack on the International Criminal Court in his remarks during the Inauguration of Kenyaâ€™s 4th President H.E. Uhuru Kenyatta is the recent more formidable approach in deflating the ICC balloon.

President Museveni is no doubt a radio-active politician with inestimable thirst for controversy ad infinitum, and his remarks over the ICC on 9th April at the inauguration were no less incendiary remarks as they were adroitly delivered at a time and place well chosen for the impact.
African states that were deemed as weak, craven, conflict-ridden and eager to embrace the ICC as a court of last resort for complimentarity, have now began to find their way around the court which is now seen as targeting political warriors. Through the prism of political survival, African leaders including institutions like the African Union, the ICLGR and even the EAC seem to be agreeing in thought that the â€˜Westâ€™ must have conspire to build a puppet continent of Africa for haunting African leaders through the ICC.
It is significant that crucial African heads of state graced the inauguration of President Kenyatta, and this must have deemed necessary, all of them aware the president Kenyatta is facing crimes against humanity at the ICC, yet now elected president of Kenya.

The selection of president Museveni, the umpire apparent of African states, to speak on behalf of other presidents and heads of state at the inauguration was therefore considered carefully, since Museveni has increasingly been critical of the West and his intrepid nature, his recent visit to Russia among a host of other strategic moves he keeps making, are seen as a frown against Europe and USA.
Neutrality, by its nature, never makes heroes. In this regard, Museveni must have been thought of as the suitable person to deliver a firm message to the ICC and the international community without a blink. This must be seen in the back ground of the trips that President Kenyatta made to the heads of states within the East African community months before election. His visits were politically strategic, and when crucial heads of states attended Kenyattaâ€™s inauguration, it is primarily aimed at creating a strong diamond pan-African ring against the ICC and in support of President Kenyatta.
This has significant foreign policy implications especially under the Kenyatta regime. It is obvious that the ICC is a vital and legitimate facility, but if African countries opt out of the ICC with the resolve to form an alternative to the ICC, then no doubt the ICC shall collapse.

Agreeably, the right of nations to self-determination implies exclusively the right to independence in every political sense, and with the assumption that the ICC is causing unnecessary political imbalance in the internal affairs of African nations and political temperatures within states, the question of regional, continental and racial power play cannot escape scrutiny.
This therefore means that the destiny and apparent fate of the ICC rests firmly in the whims and ultimate resolve of the African states. But African states must not rush to destroy the ICC as though there is no tomorrow. In any case, the presence and actions of ICC have in a way brought sanity to African politics and helped in shaping the progressive democracy that Kenya is.

It is not a secret that the PEV and the subsequent signing of the National Accord and the Grand Coalition Government in Kenya was the fundamental railroad for having the Constitution of Kenya 2010. On his part, it would be a radical mistake and less strategic for President Kenyatta to bite his thumb at the west. Kenya needs the west just as much and in the same measure that the west is in need of Kenya.