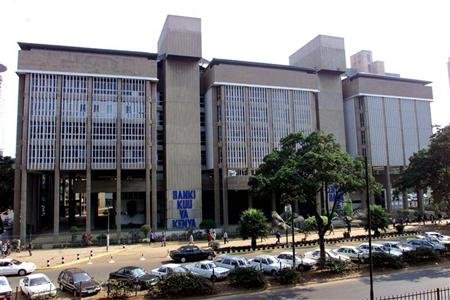 The Charterhouse Bank, a Kenyan indigenous investment was put under statutory management in 2006.The Central Bank backed their move by claiming alleged money laundering activities at the bank.

The most surprising concern is that up to now, the Central Bank has found no evidence of money laundering, six years down the line yet the bank remains closed.
Under normal circumstances, statutory management is supposed to take three years by which time the report of investigations should be tabled. In the case of Charterhouse Bank, six years is more than enough time to have established if there was anything wrong. So far nothing has clearly been pointed out as the reason as to why the normal operations of the bank were interrupted. Since the closure of the bank, all reports that have come out have cleared the bank of any wrongdoing and have recommended its re-opening. It has become nothing but a circus with hidden interests working against its re-opening.

The latest developments on the charterhouse matter are nothing but a pointer to deeper and invisible conspiracies to keep the bank closed without any valid reason. The defiance by the Central Bank of Kenya Governor Prof.Njuguna Ndungâ€™u even after being directed by parliament is not only shocking but an eye opener to this underlying conspiracy.

Recently, the Minister for Finance Hon.Njeru Githae expressed the same frustrations when it emerged that Central Bank had defied his order to reopen the bank. Citing constitutional provisions, the Governor implied that the Finance Minister had no authority to direct Central Bank to reopen charterhouse bank.
Till now, Central Bank and its leadership have not been able to tell depositors and Kenyans in general why the bank remains closed.

Of great interest are the recent reports that emerged in relation to the supposed whistle blower one Peter George Odhiambo, a suspected fraudster who is currently enjoying protection of the United States Government as someone in asylum. Mr.Odhiamboâ€™s exposed criminal past and circumstances under which he was accorded asylum raise more questions about the forces behind the closure of charterhouse bank.

Recently, reports surfaced that Mr.Odhiambo was arrested in 1999 on allegations of forgery and falsification of documents to acquire the US visa. After failing to acquire the visa at that time, Mr.Odhiambo thought out to play new tricks in order to have his access to reside in the US. It therefore adds up that Mr.Odhiamboâ€™s dream of living in the US came true when he got an opportunity to work for Charterhouse Bank, for he used his employee status to masquerade as a whistle blower, something he is not. He was able to mislead people at that time. Now that the truth has come out, itâ€™s surprising why the Central Bank and its leadership are reluctant to order the reopening and normal functioning of the bank.

That Mr.Odhiambo has sued the Kenyan state to be paid 2.5 billion shillings shows how selfish and greedy the individual is, that his move to tag himself a whistle blower was driven by greed and not facts. His intention was to become an overnight billionaire from the Kenyan tax payer through spreading falsehoods. Itâ€™s imprudent of him to claim that he acted in the interest of Kenyans yet what is more conspicuous is his agency for some foreign powers that have no interest in Kenyaâ€™s economic progress. A case in point is his failure to acquire a US visa in the past only to be given after raising false allegations against Charterhouse Bank.

The Central Bank in the interest of depositors and local businesses that have their money at the Charterhouse bank should reopen the bank as a mark of patriotism. The Central Bank should act in accordance with facts than continue relying on Mr. Odhiambo as a reference point since his allegations have been found to be nothing but selfish, baseless and merely malicious. Itâ€™s sad and unfortunate that peopleâ€™s businesses have been sabotaged for six years without any significant reasons other than the greed of one individual who is enjoying his stay in a foreign country.

Its true as the Central Bank Governor has exonerated himself from blame saying he wasnâ€™t in office when the Charterhouse Bank was put under statutory management. Being at the helm and with knowledge that Mr.Odhiamboâ€™s allegations were false, itâ€™s now upon the Governor to ensure that there are no further delays in opening the bank. If there are forces that are undermining his work and decision making, the Governor should come out and openly shame the powers that are behind the move to keep the bank closed. The Kenyan public will stand in solidarity with him, because reopening the bank is in the best interest of Kenyaâ€™s economic growth and development of its citizenry.