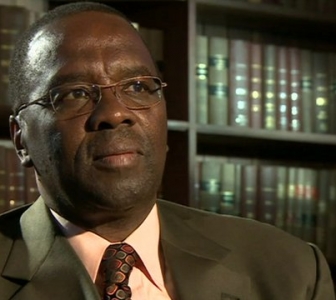 Dear CJ Willy Mutunga!
This will disappoint you but the truth is that I am not a learned friend. If I were a learned friend, I would wait for your ruling to question the legal bases of your ruling. Being a simple Kenyan who is tired of being referred to us Wanjiku; I want to know why you upheld the Wanjiku Tyranny? In asking these questions dear CJ, just like you recently tweeted, I am neither a friend nor enemy of the Supreme Court.
In 5 minutes, and with a dismissive tone, you brushed aside all our hopes for a truthful moment. We did not care that the ruling goes either way, we cared more that the basis of the ruling be sound enough as to give us reason to believe there is an institution we can count on. Currently, we are not very sure whether the Supreme Court has the interest of Nafula, Muthini, Atieno and Fatuma at heart. It is possible that you had the interests of Wanjiku at heart but did the interests of Wanjiku necessarily mean the interests of Anyango being sacrificed at the altar of judicial expediency? Your ruling was final and it legitimised the Uhuruto Presidency but so that this presidency gains popular legitimacy, please address yourself to the following concerns as you prepare your detailed ruling.
a.Â Â Â Â Â  TECHINICALITIES VS. SUBSTANCE:
You dismissed AFRICOGs application for the principal register, CORDâ€™s affidavit and CORDâ€™s application for an audit of the electronic voting system on a technicality basis. Will the technicality dismissal suffice as finally or will you provide direction as to how substantive issues raised in relation to the above mentioned are to be addressed?
Â b.Â Â Â Â Â  CONDUCT OF THE IEBC
Dear Lord (I fringe as I call you Lord), in your dismissal of applications on the basis of there being no time you did well to keep within set timelines. Good enough, but you notice there is more than just timelines in quest for justice. I hope it does not escape your scrutiny that IEBC was adversarial rather than facilitative of justice. During the tallying process, it did not escape to the public eye that Oswago seemed too busy to be seen anywhere. The IEBC chair seemed dismissive from my subjective vantage point. There were claims of some agents being thrown out and the institution refusing to respond to questions. Â Immediately after announcing the results, they went ballistic to the extent of branding petitioners as sour losers. They did not willingly provide requested documents and insisted that we needed to accept and move on rather than remaining independent arbitrators. Will your ruling address itself to the failings of IEBC?
c.Â Â Â Â Â Â  CONDUCT OF LEARNED FRIENDS
I was dismayed to watch one strong lynch man in the name of learned friend Ahmednasir not only cajole but demean the person of one Raila Odinga. I heard him describe the Supreme Court as crawling and his effort to portray Raila as a sour looser just baffled. Would you help me understand whether it is just for learned friends to come before your court and act so selfishly? How would you allow such men to rub salt into wounds like the shambolic 1997 elections, the blatantly stolen 2007 elections? I wonder what it would have been like if petitioners tried to show the government link between those who stole elections in 2007 and those who may have facilitated acceptable anomalies in the 2013 election? I hope you give direction in terms of whether such like derogatory descriptions of our leaders under the glare of cameras shall be condoned in the highest judicial office
d.Â Â Â Â Â  REJECTED VOTES
When you admitted the AG, everyone knew you had admitted an Amicus Uhuru. He did not disappoint because interestingly, there was a petition already to inform the arguments of this great Amicus. While their arguments did hold water, I just hope your ruling will not be based on idea of rejected votes not being counted. This is the only petition you upheld and I am of the opinion, it may just have been the justifying principle for the unanimous vote. Going forward, would you give direction on the high number of rejected votes and whether having the presidential and parliamentary vote on the same day makes sense?
e.Â Â Â Â Â Â  ANOMALIES
To the small mind of not so learned friends like me and Nafula and Anyango, there were enough anomalies in the registration, voting process and tallying process. The submission in the courts showed that there were just too many registers that the IEBC could rely on. We had of valid register, principal register, green books, special register etc. What is your definitive say on the issue of registers and IEBC handling of registers?
There seems to have been discrepancies between figures announced at polling stations and figures accepted by the presidential returning officer? How did you resolve these discrepancies as to declare the election as having been free and fair despite the anomalies? Did your â€œSuo Motoâ€ re-tallying not raise enough questions than answers? Why did you go for arguments that explain anomalies away rather than the questions that bring integrity into focus?
Should you have found the anomalies as not substantial enough, would the votes lost due to errors of commission or omission been enough to trigger a run off? Therefore, going into the future, should IEBC be allowed to round off numbers by addition and subtraction (human errors by young clerks according to Ngatia) since this can be justified by the margin between leader and runners up?
f.Â Â Â Â Â Â  SANCTITY OF THE VOTE

In your final ruling, Supreme Court Lords, help us understand whether it matters that a Kenyan votes or not. In 2007, Kenyans voted in droves and institutional failure ensured that hypocritically, we can not know who won. In 2013, we voted and while it is clear that a clear mandate was manipulated, again your jurisprudence will justify a given regime. My question would be, between Fatuma, Muthini, Nafula, Atieno and Wanjiku, whose vote holds more sway over the other? If you should accept that each vote is the sacred will of a Kenyan, where is the justice in the doctrine of substantial irregularity that many may be so willing to propound? Your ruling legitimized the jubilee government; however, did the votes legitimize this government?