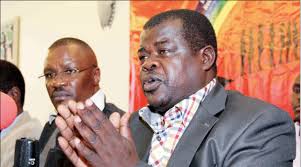 On Friday, December 20, 2013, we filed Constitutional Petition No. 593 of 2013 in the High Court at Nairobi. The matter was certified urgent by Mr. Justice Lenaola the same day, who fixed it to be heard today, before the Duty Judge. But when we appeared before Lady Justice Mumbi Ngugi she didn’t think it was urgent and she in turn fixed it to be heard on 13 January, 2013.

The Petition is seeking the annulment of legal notices numbers 137-182, issued by the Government on 9th August 2013, purportedly transferring Level 2, Level 3, Level 4, and Level 5 national referral health facilities from the national government to county governments.

The Kenya Medical Practitioners Pharmacists and Dentists’ Union (KMPDU), the Kenya National Union of Nurses (KNUN), and the Kenya Health Professionals Union (KHPU) have jointly withdrawn their membersâ€™ services in a misinformed strike action, seeking to entrench the unconstitutional decision of the national government to devolve to county governments part of national referral facilities.

The unions are not challenging the constitutionality of the devolution of Levels 2, Level 3, Level 4, and Level 5 national referral health facilities; all they seek is to secure themselves within the unconstitutional structures.

Sections 23 & 28 of Part 1 and Section 2 of Part 2 of the Fourth Schedule to the 2010 Constitution of Kenya distribute health functions between the national government and county governments as follows:

Referral is the process of directing, re-directing or transferring, a patient to an appropriate specialist or agency. Usually the referral is done from a unit of lower complexity to a unit with a higher resolution capacity, but it also occurs downwards for less complicated cases. The Referral is horizontal when it occurs between units of the same institution; and vertical when it is between units of different institutions.

Depending on the facilities available, any of the Level 2 to Level 6 facilities could serve as a national referral centre for the management of specific health issues. For example:
1. The Mathari District Hospital, a Level 4 facility in Nairobi County, is the national referral facility for psychiatric cases.
2. Mbagathi District Hospital, a Level 4 facility in Nairobi City County, is the national referral facility for TB and other respiratory cases.
3. Alupe Sub-District Hospital, a Level 4 facility in Busia County, is a national referral facility for leprosy and other skin diseases. Alupe is also an East African regional referral facility. Further:
(i) Alupe Leprosarium Hospital, situated in Teso South District, Busia County, in the Western Kenya, was established 60 years ago to take care of leprosy patients in East Africa (i.e. Kenya, Uganda, and Tanzania).
(ii) Alupe Leprosarium Hospital was the only referral hospital for skin conditions within the region. The lepers were offered accommodation and other social amenities, including schools, churches, and recreation centres on the hospitalâ€™s 681-acre piece of land.
(iii) Alupe was transformed into a general sub-district hospital in the early 1980s when leprosy cases declined to near zero in the East African region. It now hosts research departments for KEMRI, KETRI, KARI, and MOI University.

â€œCounty health servicesâ€ which include â€œcounty health facilities and pharmaciesâ€ are those which were established and operated by the local authorities under Section 145(i) of the Local Governments Act (CAP 265), and include mobile units and ambulances for first aid.

For avoidance of doubt, the phrase â€œcounty referral health facilitiesâ€ does not appear anywhere in the Constitution. It appears for the very first time in the said legal notices and in policy papers of the ministry of health dated from the year 2012.

It is instructive that the Constitution does not refer to referral health facilities at county level. This is because counties are responsible for primary health service delivery, including the provision of first aid (hence ambulances) in emergencies. We first encounter the phrase â€œpatient referral systemâ€ in Sections 2(b) of the said unconstitutional legal notices.

There is no referral of primary healthcare anywhere in the world because, technically, only curative services are referred.

Against this background and because of the need for standardization so as to ensure that certain procedures, practices and regulations are adhered to, the national government must develop the necessary policies, guidelines and procedures that will contribute to the achievement of a comprehensive healthcare system while maintaining a good quality of service delivery across the country, and without regard to county boundaries. This allows for patients in County A to be referred, seamlessly to County B because of the national referral protocol.

Since all healthcare required cannot be obtained at any given level of the system, an effective referral mechanism is a key element in the delivery of care by the national government.

How does this sit with the WHO “recommendation” that countries should spend at least 5 percent of GDP on health? How much should my country spend on health, given our current epidemiological profile relative to our desired level of health status, considering the effectiveness of health inputs that would be purchased at existing prices,and taking account of the relative value and cost of other demands on social resources?