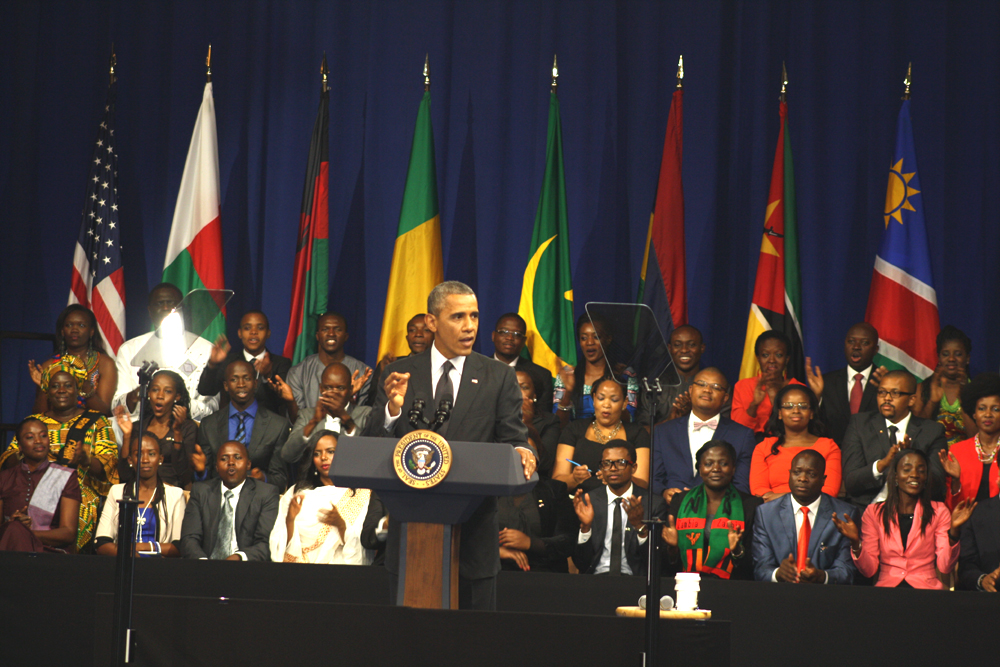 The Cord fraternity is excited that Dikembe Dikembe is out after languishing in the jails. And its official from higher up in the movement, that this poster-child of Kenyaâ€™s Left wing stumping is now Jubileeâ€™s first political prisoner.

Last weekend was not a pleasant one, as the entire community of lovers of freedom waited in bated breath for the release of Dikembe Disembe- the wielder of the â€œchaliced penâ€ that poisons the hearts of Jubilee fans.

And dont be fooled, it’s not because of hate speech, its because of inferiority complex wrought by a feeling of insufficiency and intellectual dwarf-hood when Dikembeâ€™s superior logical arguments are measured against the shallow minded right wing bloggers some of them state appointees whose quotation of a book in response to George Kegoroâ€™s Sunday Nation article was a 1990s form 4 set book Government Inspector, by Nikolai Gogol. Thatâ€™s how far he gets..

Frustrated we must have been, distraught we must have felt, demoralized we must have gotten, disturbed we must have felt as we watched the justice system sink deeper into the deepest pits and most hateful forms of Jim Crow types of expression of despair and anger towards a promising young man in his early 20s. A reasonable and unprejudiced person would never impose a 5 million bail on an unemployed student. Bail is supposed to be a deterrent and disincentive to skip court dates, not a punishment. 5 million is a punishment on a person who is presumed innocent until proven guilty.

So defeated they must feel, so ashamed they must be because in the reform movement they just built a battle-hardened soldier, who came out of that jail unbowed, and was quoted by The Star as having vowed to not be derailed by the Jubilee governmentâ€™s obstructionist and distractionist agenda. But what they should be warned is that â€œwhen the light of God shines upon you, nothing raised against you can prosperâ€. Dikembe will thrive. For God knows what the truth is. God knows that Dikembe writes for the oppressed for whom Jesus said, â€œHappy are the oppressed, for theyâ€¦..â€.

Never before have I encountered an ideologically suave and sound man, who at a tender age has enquired deeper into his inner conscience and consulted scrolls of writings, and arrived at an understanding of where he wants to go, and is also a very staunch patriot with a crystal clear conviction about where he wants to influence his beloved nation and generation to go.

Dikembe, the youth of substance, has already carved himself a niche among the few who have been detained and slammed with â€œtrumped upâ€ charges. However, as was evident with Nelson Mandela, â€œwhat doesn’t kill you, can only make you strongerâ€. As they detained him, he trended, and his detractors took his platform mainstream as all media houses developed an interest in this upcoming leftwing superstar.

The stint in detention will be a hot topic of his memoir if he chooses to reveal his mistreatments as a guest of the state at that â€œdetention campâ€ at Industrial area. Questions that only Dikembe can narrate, but might not at this time for fear of reprisals, still linger in our minds.

Questions like, was Dikembe tortured? Was he held in solitary confinement? Was he waterboarded? Was he frogmarched? A memoir can answer all these questions. And nobody doubts that a memoir by this left wing media sensation can be a best-seller.

Dikembe was targeted and his court date set just a few days before he was scheduled to meet US President Barack Obama at Washington DC. That’s sabotage. The hate speech accusations were part of slander and sabotage by a system that is increasingly becoming paranoid as ICC tightens its noose on its 2 notorious ICC inductees currently facing charges of murder, rape, deportation and financing of a terror network that caused the death of 1300 Kenyans and massive destruction of property.

Dikembe was recently part of an African most promising leadersâ€™ delegation invited to wine and dine with Obama as part of the Young African Leaderâ€™s Initiative(YALI). Jubileeâ€™s own spiritual ancestor Daniel Toroitich Arap Moi was to later be enlisted to complain about the intentions of White House in grooming this crop of young and upcoming leaders like Dikembe, who Obama believes are the cream of their generation and are the core of his agenda in stimulating the knowledge-based transformation of the African continent.

The idea of Dikembe meeting the leader of the free world- the paranoid Jubilee was so scared to handle- and trumped up charges had to quickly be instituted against him. Dikembe had for a second time in a row qualified to be among a select few of the whoâ€™s who among the African under 29s who have made a mark in leadership. Folks whom the White House is convinced hold the torch to Africaâ€™s future.

After looking at their profiles, President Obama believes that if he can mentor Dikembe and his YALI fellows, then he can’t go wrong in his dream for a free, just and liberated Africa. Dikembe and his ilk are folks that will steer Africa towards attaining its potential in the 21st Century.

Dikembe is also not your Jubilee type of an average blogger whose only book quotations in response to George Kegoro was a late 90s Form 4 set book Government Inspector. My review of Dikembeâ€™s opinion pieces be they on his FB Timeline or on this free platform where I understand he does pro bono gives me an impression of a man who is widely read in the real books- the classics. Kenyaâ€™s retrogressive right is and has reason to be jittery of a person whose library seem to boast classics like Platoâ€™s Republic, Aristotleâ€™s Metaphysics, Kantâ€™s The Critique of Pure Reason, Metaphysics of Morals, and of course Niccolo Machiavelliâ€™s Discourses on Levi, The Prince and the Art of War. Dikembeâ€™s booklist of the Classics can go on and on to the chagrin of the Establishment.

At a tender age, Dikembe has not only earned the right to wine and dine with Kings, but has also read it all and he had to be targeted. The bureaucrats don’t want you to read those kind of books in Dikembeâ€™s library! Infact these are not books that you can buy in Harare, Beijing or Moscow. They are only a preserve of the autocratic rulers in their countries. They put you well ahead of your generation. No wonder Dikembe is setting the agenda for his peers. Dikembe is surely a once in a lifetime personality. A man on a redemptive mission. A brave man who has set himself apart. A mwanaume.

PS: Lovers of Freedom and Progress must stand with this man materially and emotionally as he wards off these â€œtrumped-upâ€ and slanderous accusations in this moral Law-Fare that will be fought in the courts. Please visit https://fundly.com/dikembe-disembe-fundraiser and contribute towards building a warchest for this Law-Fare. Your 10, 20, 30, 100 dollar contributions can make a difference. Lets join together in warding off this wanton assault on speech freedoms that we all so cherish.

Pedro Tish, PhD is the President of Center for Politica N l Analysis and Research.