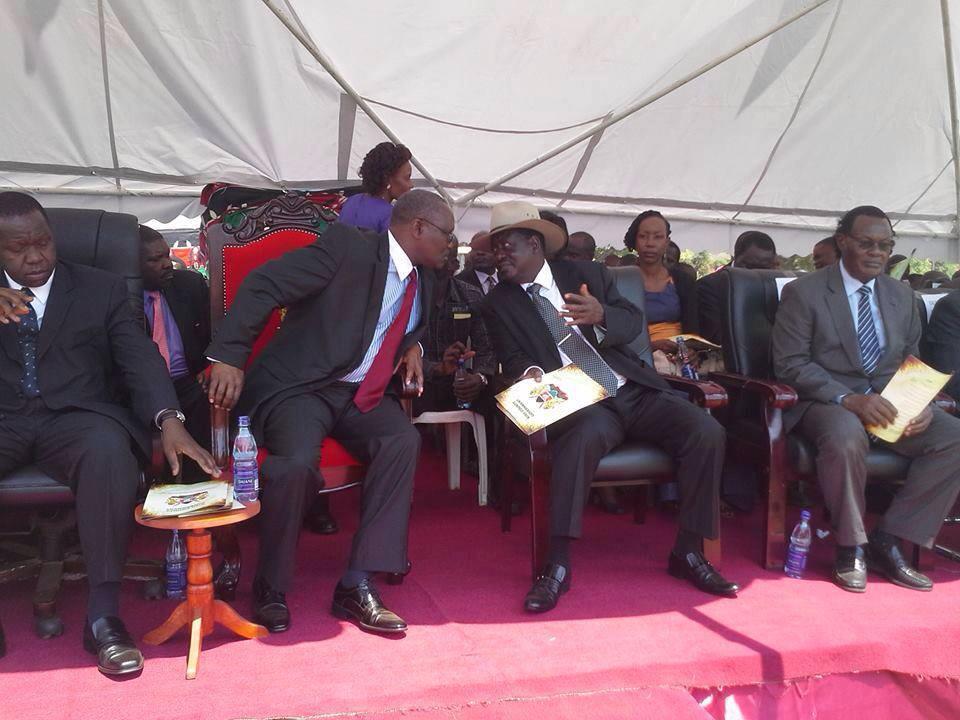 THE KISII PEOPLE; A SHOUT BY THE POLITICALLY MUTE
By OKERI NYABUTO

These are my people,this is my city and definitely my home club.There are things that define any given club,things only peculiar to it.There are things that are only Kisii by nature,by design and by accident.Talk of bananas,talk of the living Canaan,their wife baked women and the strength of their men that is the talk in the sinking whispers fromÂ the lips of many Kenyan ladies.A people who are now kissing the ladder to the economic top while hissing rapidly round the social circle.This is the club that is well known to us.

We as a people have however played the no fiddle,cardless mover and the ballboy in the political arena.We have been the top up,the afterthought and the idle gambler in political casinos in the country.Never have this group been taken seriously in any election.We have been among the rest whose presence or absence has shaken no eyebrow.We have been the political mute offering our accent for ridicule in social and political spheres.However,the mute has screeched and his political voice box is coming of age.

To the chosen few who come from this club,you need not re-emphasize the value attached to real life and when that life takes a different form at death.These are occasions that are the heart of the society.Burials are actually ‘the final wedding’ to translate as directly put by those of us in this club.
Politics has been always to our shame,to our despise and to our utter ridicule.Never have we been known to take a stand.Our political class led by the former son of Nyandusi hoodwinked the majority to think it an abomination to believe in right choices and steering a course by the majority.We saw politics from their eyes,remained silent and let them speak for the majority.

The club that has been politically mute just screeched.And nowhere else but in a mass funeral where order and grave silence was to reign.Even after the old professor treacherously dared to invoke the good words from the good book,the mass of the politically mute had to give the long awaited political screech.The fear of the thunder of the screech is what might have scared away the ‘dynamic duo’ duet.

A time comes when the oppressed must dare to speak,when the caged must dare to fly and when them that have been celebrated for fence-sitting must dare to be on one of the sides.That time must always come and when it comes it knows no respect for events,occasions and persons.The screech must come out however hard the throat is suppressed.

The IEBC should,will and MUST become of age.