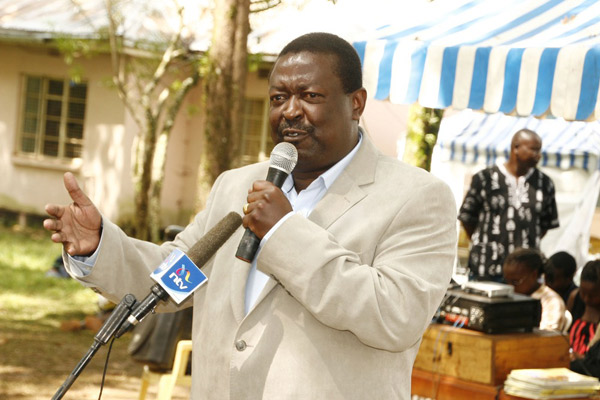 A report titled â€˜Socio-Economic Atlas of Kenyaâ€™ – authentic or not – authored by Anne Waiguru’s ministry of Devolution claims Kakamega is the highest contributor of ‘poverty’ to the national poverty.

Kakamega County (Gov. Wycliffe Oparanya, Senator Bonnie Khalwale) is the poorest of the 47, the report says.

If Kakamega had only taken 700,000 to the ballot; and Mudavadi had not spoiled on Mary Wambui’s party, the leadership of this country would have been more ‘devolution friendly’.

With Mumias Sugar winding up, dead as dodo, all thanks to a former top CEO and 2017 presidential contender already ‘chosen’ by Luo elders, NIS, TNA, Kalausi among others, Kakamega’s ‘hell’ is just beginning. But this is not what I wanted to point out.

Before I forget. However much you do harambees, you cannot save Kakamega’s 809,500 poor. That can only happen via blueprint which then turns into policy. And Kakamega will need a Marshall Plan kind of policy to turn it around, otherwise the detour to indigence will be devastating.

I am a staunch supporter of growth of western kenya. I come from there. That’s why your hour of reckoning is coming; you who killed one of western kenya’s largest employers, largest companies. But this is not what I wanted to point out.

Poverty debate may be shifting to the Luhya nation. That’s why I took these new jubilee statistics with cold water.

All along Nyanza has been the poverty ‘czar’ or ‘guru’ or ‘expert’. Nyanza has got ‘used to’ poverty stories. May be they no longer sell. May be Nyanza is ‘improving’. Or, probably, Nyanza is no longer being ‘studied’.

What’s the significance of the poverty shift to Western, and, particularly, a region with the highest number of living luhyas anywhere in the world?

Quite telling. Here is my theory.

One, the government wants to fix some people, politically.

Two, with collapse of the sugar industry, particularly Mumias Sugar – all thanks to him and his friends from Nairobi (and Kiambu) – there will be a fall back guy, and he must be fall back guy.

He is not alone, Kakamega is filled with sugar billionaires, some currently serving in the 11th parliament.

Three, may be it is true that Kakamega is now officially the poorest county – 809,500 poor. But why the poverty in an otherwise populous and rich county? Why the poverty by people led by some of the wealthiest?

Remember these statistics may be true, or false.