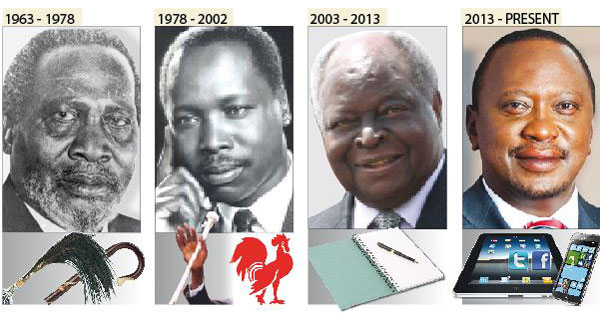 The whole world stood helpless, watching as Kenya turned murky killing innocent voters and destroying property. Uhuru Kenyatta and William Ruto were vindicated as to have taken the greatest responsibility in facilitating the 2007/2008 post election violence that saw thousands of KENYANS killed, millions sent to IDP camps while property worth billions razed to ashes. This is a memory that will never erase from any Kenyan mind. Many Kenyans lost their livelihoods, sources of income, breadwinners and loved ones for committing only one crime:WAKINGUP EARLY IN THE MORNING ENDURING THE COLD, THE RAIN, THE DARKNESS TO CAST THEIR VOTE TO ELECT A LEADER OF THEIR CHOICE.

How Kenya has become a nation that rewards evil is beyond comprehension. The world could not believe when KENYANS in their arrogance decided to let the suspects run the highest office of the land. This remains an insult in our land to date and is a sin unforgivable both on earth and the world across the bridge of life, that a nation can award murderers, killers, rapists, just because they come from the who is who in the society.

How did Uhuru Kenyatta and William Ruto pass the integrity test as advocated for in chapter 6 of our constitution? How was the law used to cheat KENYANS and deprive them of their exclusive rights of being led by a people of integrity, a people of character, a people who respect humanity and its coexistence? How did the Supreme Court under the watch of Dr Willy Mutunga bend the law to allow suspects of crime against humanity, vindicated at the International Criminal Court, to vie for this coveted seat in our land? Did money exchange hands? Was there intimidation at the Supreme Court? Who lied to who in as far as the interpretation of chapter 6 of our constitution went? How would the Kenyans who pose to posses a high level of knowledge of the constitution fail to address this issue to safe the face of KENYANS?

Uhuru Kenyatta and William Ruto are leaders in kenya thanks to the false interpretation of our constitution by the supreme court, falsification of election results, Electoral offenses practiced by IEBC and finally upholding of illegal and rigged election by the Supreme Court, even with the available evidence that there was massive rigging. KENYANS were cheated by all parties involved in sneaking Kenyatta and Ruto into power through back door.

How did Uhuru Kenyatta and William Ruto acquire a Certificate of Good Conduct from the police? How did Ruto, the renowned land grabber with cases of landgrabbing and treachery plus land falsifications in the courts escape the eye of the police before giving him clearance for the coveted certificate, if not through bribery and intimidation? How many Kenyans today are denied certificates of good conduct for very minor offenses while Uhuru and Ruto, vindicated at the ICC, escaped to acquire clearance? They are suspects beyond reasonable doubt, holding the highest responsibility in killing thousands of KENYANS while transferring millions and sending other millions into IDP camps.

Did The Supreme Court under Dr Willy Mutunga lie to the nation in misinterpreting our constitution? Is this not a crime?

All said and done, behind cheating, broken laws, bribery and intimidation, Kenyatta and Ruto were declared the legal office bearers. What are the functions of a president as a state officer in Kenya?

Chapter 6 of the Kenya Constitution defines responsibilities of leadership. Sec 73(1,2) of our constitution defines how a leader should discharge duties as a state officer of a nation.
1(a) (ii) demonstrates respect to the people
(ii) brings honor to the nation and dignity to the office
(iv) promotes public confidence in the integrity of the office

Part 2 of sec 73 of our constitution gives clearly the guiding principles of leadership and integrity. The leader (who has been selected on the basis of personal integrity) shall show objectivity and impartiality in decision making, and in ensuring that decisions are not influenced by nepotism, favoritism, or other improper motives or corrupt practices. He must demonstrate honesty in the execution of duties which must not be in conflict with personal interest.

Looking at the appointments made by Uhuru and Ruto in the past one year in office, one wonders where all the Kenyan commissions charged with the responsibilities of rightful interpretation of our constitution for the benefit of the people of Kenya are. Kenyatta has appointed his community left and right and is no longer a hidden fact. Ruto has in turn also appointed his community in high offices. I am not trying to say that Uhuru Kenyatta and William Ruto should not appoint Kikuyus and Kalenjins respectively to high offices. But appointments meant to favor a community is a breach of our constitution.

Charles Nyachae of the CIC is paid millions every month to interpret the constitution. The CIC as a commission uses millions of Kenyan taxpayers. Parliament uses millions of taxpayers money and wonders why the institutions have been rendered sightless in these irregular, illegal and unconstitutional appointments.

The general view of Kenyans is that, Kenya has no president. Uhuru and Ruto were never elected by kenyans. They were rigged in through back door and therefore hold no constitutional mandate to lead Kenya as president and deputy president respectively. Though the institutions charged with the responsibility of protecting Kenyans have turned to haunt them, the public opinion remains the strongest tool in any nation. Anyone who underestimated the power of the public opinion never saw the light of the day. KENYANS are currently in a dilemma. East, west, south or North, the Center doesn’t seem to hold.

Uhuru Kenyatta, forget about respect from Kenyans. Yes. We respect the office of the presidency of our nation, but NEVER YOU. Respect is earned. It is never demanded by intimidating a country. Wherever you are, ask yourself the question if you have earned respect among kenyans.

KENYANS……SHAME ON YOU FOR SHEEPISHLY ACCEPTING RULERS FOR LEADERS. ENJOY THE TUNE OF MISRULE.

Views Expressed by the author are personal and do not reflect those held by Kenya Today.