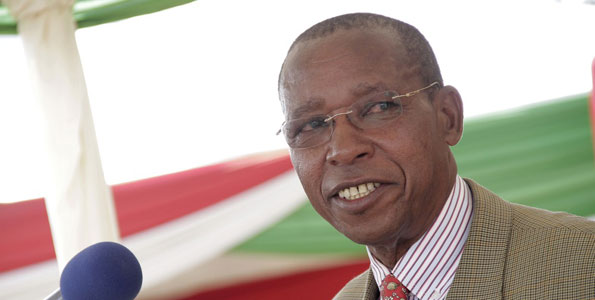 According to a housekeeper who found Mutulaâ€™s body in his bedroom, the politician arrived at the farmhouse about 2pm and appeared okay. The lateÂ  Senator retreated to his bedroom after having his favourite meal of githeri and roast meat at 7pm.

A worker who did not wish to be named said his boss was in a jovial mood when he arrived home driving himself: â€œHe parked the vehicle at the parking bay and walked into the house after greeting us.â€

Sources said the late Mutula usually showed up for his breakfast between 9.30 and 10.30 whenever he is on the farm. But on Saturday he did not, prompting his long-serving cook to go and wake him up

The aged cook said he knocked on his bossâ€™ door several times without reply. He then turned on the doorâ€™s handle and went in: â€œHe appeared deeply asleep with a lot of foam coming from his mouth,â€ he said adding that he immediately called for the farm manager.

The manager then called Mutulaâ€™s son Mutula Kilonzo Junior and a brother in law, Chris Musau, who were the first to arrive at the scene.Â  Police officers led by Machakos Deputy OCPD Wambugu and DCIO Kavete Kuloba visited the homestead after being informed by the late ministerâ€™s family.

He was the only one in the main house, as the rest of the family was said to be in his Muthaiga home, in Nairobi

According to the police, the deceased had vomited on his bathroom sink, a pointer to the fact that he woke up at some point to vomit and went back to sleep.

A leading Nairobi based medical practitioner who did not want to be named explained that the cause of death was difficult to determine without a physical examination.

“Right now the best way to find out the cause is to carry out aÂ  postmortem examination. There are many things which need to be evaluated before commenting on the case”. said the doctor

“But I can say that the house help’s narration that the Hon Senator was Frothing in the mouth happens mostly in poisoning and drug over dosages because of the piled up secretions in the airway and aspiration. The prior vomiting could have led to dehydration” the doctor added

“A Post Mortem report will be able to confirm the cause of his death” the doctor concluded.