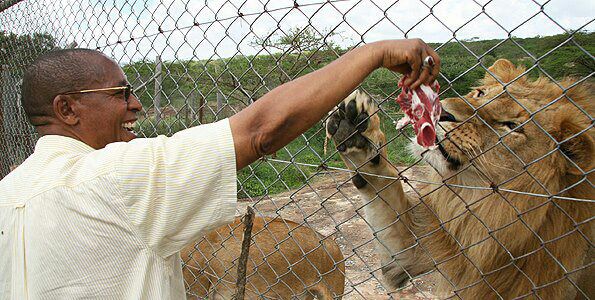 Today 27March 2013 marks a dark day in history for our country. We have lost one of our brightest sons. The Senator for Makueni, Hon Mutula Kilonzo is no more.

Mutula Kilonzo was no doubt one of the most brilliant legal minds to grace the body politic of our Republic. With a near half century experience practicing the profession, few can match what this great man has managed to achieve in his career.

Mutula Kilonzo had detractors and admirers in equal measure as a result of his outspoken and frank nature but we can all agree, that he could always be relied upon to unreservedly speak his mind and stand by what he believed to be right, Some may view this as an inconvenient trait in a politician but many would agree, it is a wonderful virtue in a man!

The passing of Senator Mutula Kilonzo has dealt a blow to the Coalition for Reforms and Democracy as he was one of the principal architects that oversaw the meeting of our collective democratic minds within our political family. His contribution to our aspirations shall surely be missed.

Senator Kilonzo strode Kenya’s political landscape like a colossus. He managed to be the voice of reason in the KANU regime, the voice of sobriety in Kibaki’s second term and that of Justice in CORD’s battle for electoral transparency aptly named “Democracy On Trial.” Mutula Kilonzo had a knack for remaining relevant in Kenya’s fast-changing world of politics.

The former Justice Minister will be remembered for his firm stance on the ICC matter for which it is widely believed he lost his docket and his radical approach to extra tuition while serving in the Education portfolio. He never relented on either despite at times, massive sectoral pressure.

While appreciating the need for Kenyans to know what took this respected leader from our midst, I would like to urge us all to exercise sobriety in our discourse keeping in mind that the Late Senator has a widow and children who are in mourning.