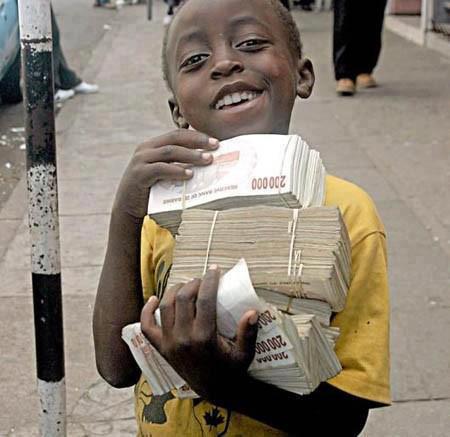 Folks, if things do not work out as anticipated, as the West prepares a sanctions package, it behooves us to not just around, but to prepare a sanctions survival kit in retaliation.

Some people have made it look like China, the nice guy will come to our rescue when the bad Western guy strikes.

China, the nice guy for Kenya, wonâ€™t cater for â€œall a girl needsâ€. â€œA girlâ€ has to feed, dress, go out, make her hair- maintenance is what they call it. Soon, when sanctions bite, Kenya will start mentioning her Ex-lover who helped accomplish all that. Survival tip- Exercise you first line of defense, your vote.

Moi regime sanctions in the 90s paved way for multi-partyism. That is why we now boast of debates beamed live in Kenya and the Diaspora. Sanctions under a rogue Kenyan regime will help it- like an old snake, shed its skin anew. Not that I am for sanctions, but hey, positive thinking is what will keep you going in a sanctioned republic. Keep it in your sanctions survival kit.

Food shortage under sanctions will mean a nation of hungry people. Then the Western Founded Red Cross will supply us with food aid supplies, mostly porridge made out of corn. To address food shortage, sharpen your food preservation skills. A freezer would come in handy. Buy it now, if you can afford, before prices skyrocket under sanctions.

Our emaciated hunger- stricken children would be poster-children for fundraising in transnational media channels. Under sanctions, dollars will flow, just not through the Government. Itâ€™s accepted tradition under sanctions to do what politicians call â€œgoing directly to the peopleâ€ via the NGOs.

What does that mean? Think guys. Ok will answer it for you. It means that starting NGOs are a fertile ground to pursue, for those with a cause to save our starving children in a Sanctioned Jubilee Government.

Sanctions mean unemployment rates will go North. Militias will spring up. Police will be overwhelmed. Violent crime will intensify. Here is a tip- obtain a bullet proof jacket, it will save your life. Enroll in self defense classes if you can. Karate, Judo, Taekwondo etc will help you thwart criminals barehanded.

Do everything to keep your job after March when sanctions begin to bite. Thatâ€™s the time you double loyalty to your boss. Call him Sir, if you havenâ€™t been. It will help you be spared in lay-offs- joblessness is misery during sanctions.

Next part will be marathon due to limited space.

Due to hyperinflation in a sanctioned environment, wheelbarrows to transport cash are important if you are a mama mboga whose day sales might be in the Billions of Shillings like it happens in Zimbabwe.

If you like you can put the worthless billions of cash in sacks, and then load a mkokoteni. I donâ€™t care; do what you can to move cash from point A to B. Itâ€™s in response to this that Zimbambwe has Billion dollar notes.

A serious hawker will have to find innovative ways to calculate and/or count change for 1 Billion Shilling notes. Maybe a scientific calculator would do. Or machine counters that can dispense notes.

For the well to do, opening US dollar or Euro Accounts would be a brilliant idea. Itâ€™s a stable currency. It will shield you from swings in the shilling wrought by sanctions induced instability. The earlier you do that either in anticipation or in speculation the better.

Buying Gold would also be a prescription of financial stability in the period preceding sanctions. Then if you anticipate a crush in the Kenyan and regional markets, divestiture from the bourse when it becomes clear how the vote is going on March 5th would be a smart move.

Power blackouts are a hallmark of sanctioned nations that rely on Hydro-electricity. Due to shortage of donor funding, the rate of expansion in electricity production wonâ€™t march growth in demand. Rationing is a high likelihood. Solar back-up investment would suffice. Go for it.

Sospeter Otieno is a Security Analyst and Blogger who comments on topical issues.