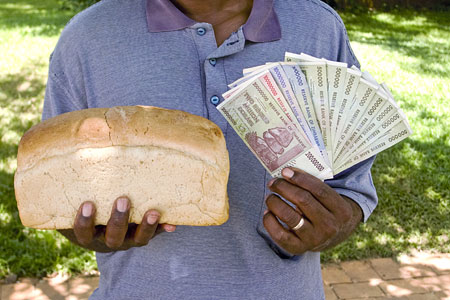 When I listened to Johnnie Carsonâ€™s words on KTN, they refreshed my memories about an article penned by my favorite columnist Rashid Wanjalaâ€™s September article in the Kenya-Today, (which was later plagiarized by a plethora of columnists in leading dailies).

Given Carsonâ€™s corroboration of Wanjala and the goings on in the news lately, we can for sure predict a few things now. France, US, EU and Britain are preparing the sanctions packages as a plan B in case the suspects get elected.

In September Wanjala wrote that, â€œwhether Uhuruâ€™s presence on the ballot is a non-issue, what is at stake- and this is what Kenyans need to be civic-educated on- are the consequences of what his presidency would portendâ€.

Wanjala continued to say that â€œElections do have consequences. And I like citing The 1928 US election which paved way to Herbert Hoover- the 31stÂ US president- and his presidency culminated in the well documented Great Depression era of the 1930sâ€.

In our sights is a remote possibility of one of the most economically disastrous presidencies in the 21stÂ Century African Presidential History.

However we the Kenyan voters â€œhave the privilege of predictability- we can predict with 100% certainty what awaits an Uhuru Presidency.

This election let us think deeply about Wanjalaâ€™s poetic observation that.

â€œIt is within our power to change the course of our beloved nationâ€™s future.Â  We can choose the path to economic annihilation and obliteration or decide to play it safe with â€œanything but sanctionsâ€.

The March 2013 elections are about taking Kenya the Singapore way, or the Zimbambwe way.

Itâ€™s about making sure that Kenya goes the South Korea way, and not the North Korea way.

2013 presents Kenyans with a stark choice between a prosperous nation versus a failed state.

The choices in the coming elections are stark, like day and night, itâ€™s about Sanctions versus staying the course towards the Vision 2030.

Itâ€™s your choice to ensure that the Vision 2030 dream doesnâ€™t end up like the numerous receding policy mirages that have continued to dog this beloved country that the forbears bequeathed unto us.

Because letâ€™s face it, going by Clintonâ€™s warning, take it or leave it, sanctions are effectively a horse in this 2013 race.

And when sanctions are on the ballot, every Kenyan too gets on the ballot, because it becomes a matter of everyone for himself, God for us all- say after me- â€œI AM ON MY OWNâ€. Call me selfish, but if my fate is on the ballot- am not stupid- I would take a decision that saves me a calamity.

Thatâ€™s the horrible circumstance that Clintonâ€™s pronouncement predisposes us to. But the truth is what it is, she said it, and from history, when they warn, it happens.

If Clinton is to be believed, a vote for either Uhuru or Ruto would be a â€œvote for sanctionsâ€.

What I mean is that say UK makes it to the second round; it will be â€œSanctions versus Xâ€ (the other person).

The choice is yours. You can only blame yourself for making the wrong choice- the choice is very clear, like Obama calls it between day and night.

With sanctions as one of the horses, March 2013 is about every Kenyan for himself, God for us all. And like I have said, you- every single Kenyan- will be on that ballot and I would recommend that you vote for yourself.

We will be going into an exam room with a leakage- to sit for an exam whose answers we have seen beforehand.

And I wonâ€™t give you the answer to this one, but between Sanctions versus Kingwa Kamencu, any time, I would pick the latter. It boils down to anybody but sanctions.

Kenyaâ€™s US$ 65b is so tiny an economy, compared to like Iranâ€™s which $200b before sanctions was, and in that case, Kenya cannot afford sanctions and as a consequence, it stands to be obliterated by a sanctioned presidency.

The small size means that the wiggle room is so narrow, especially in view of what we saw happen to the economy during the stint of the Post Election violence.

Very few generations in history, have gotten the opportunity to predict disastrous futures of their time with 100% certainty.

Like Sunday comes after Saturday, and based on Clintonâ€™s pronouncements, we can predict with accuracy that Sanctions induced calamity is a horse in this election.

Truth be told that a Kenyatta or a Ruto presidency would be a disaster that is predictable but within our reach to mitigate.

I chose to communicate this in very simple and easy to comprehend language- I can feel â€“ itâ€™s a very weighty calling; I want everyone to understand, with unambiguous clarity- donâ€™t say I didnâ€™t tell you.

This is those articles you write as a matter of duty and love for your motherland. A nation where Pio Gama Pinto, Tom Mboya, J.M. Kariuki, Dedan Kimathi did not die in vain.

Dear compatriots, we are a nation at a crossroads, and it is within our reach to change the course of this nationâ€™s history and destinyâ€.