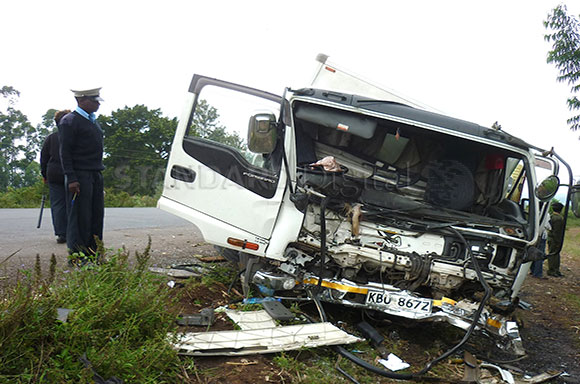 A few weeks ago, a tragic accident that took lives of many young school-going children, happened in Gusii. As a community and country we lost the immense unrealized potential of these young people. Families and friends will suffer most due to this tragedy. We can only imagine the extent of their grief and suffering; we cannot fathom exactly how much they are suffering or may continue to suffer in the future.

And what caused all this?

It part, it was mainly due to carelessness of those involved. In this case, the driver should have noted that the vehicle was overloaded; the school authorities (if they cared at all) should have realized the risks the kinds were facing in an overloaded vehicle. They just didnâ€™t care as long as they got away with it!

Moreover, the driver, knowing he was overloaded, should have adjusted his road speed accordingly. He just didnâ€™t care as long as he could get away with it!

Accidents on our roads are common despite some drop in the past following the â€œMichiki rulesâ€. It seems that the enforcement of the rules died with the death of the former, no-nonsense minister.

Some people blame law enforcement for such incidents. My take: laws alone do not create orderly societies. There is a need for discipline and an understanding that when accidents of the kind happened, we all lose as a society. Such reasoning would lead us, perhaps, to behave more responsibly and in many respects avert the kind of loss incurred in Kisii and many more witnessed daily in this county.

We should ask ourselves this question: why should a society of presumably reasonable people (mainly adults) required continued policing to assure their own benefit?

The culture of not respecting the law is deeply ingrained in Kenyansâ€™ daily conduct. The genesis of this may be in our colonial past. It was ok to disobey the laws in an illegitimate state that the colonial government was. It is clear that we never underwent (following independence) a psychological transition to say that the state was now ours and any disregard for the law hurt us collectively; and that it was our collective responsibility to participate in orderly society for our common good.

One can (perhaps mistakenly) conclude that everyone in Kenya is bent on breaking the law, especially if one knows that one can get away with it. The idea, in the minds of many, is NOT to get caught. It is as if getting caught is the crime!

There is more: even if one gets caught one can find a way out of it! What of the adage, originating in Jomo Kenyattaâ€™s years as president that â€œyou eat where you workâ€. As such, many on our law enforcement do exactly that: eating where they work. And indeed, as some believe, everyone has a price!

Consequently, those enforcing that law will drive a bargain based on expected fines associated with the offense committed. And indeed, the steeper the fine associated with a transgression, the higher their demands. So an expected fine of Ksh 20,000 may fetch a Kshs 10,000 kickback to let the offender off hook!

It is not to say that there are no law-abiding citizens in the country. There are many of them. However, following the law where the majority care less about the law can be a costly exercise.

Consider the conduct on our roads and especially in the legendary urban traffic jams. If you drove according to stipulation of the law, you would forever be stuck in the jam. It is little wonder that every driver in our towns can be termed a â€œmatatu driverâ€: that changes lanes without warning, that doesnâ€™t yield to lane change requests, and enjoys the adrenaline released in fighting for â€œright of wayâ€ even when going nowhere!

As a country we need to start thinking about the self-inflicted damage and loss due to our behaviour on the roads: the accidents and associated costs; the waste associated with traffic jams and the collective loss in lives, time and resources and what this means to our bottom line as a country.

To realize this shift in thinking requires leadership: men and women (in authority) that point to us the reality of our situation and one that can build a culture that is responsive to the common good.

Combine this with proper law enforcement and we may (just may be) get the orderly society we should be; one of law and order and one in which losses of the kind we witness will be history.

Dr Matunda Nyanchama is a ICT Consultant and book publisher. He is a past president of the Kenyan Community Abraod (KCA) and can be reached at matunda@matunda.org.