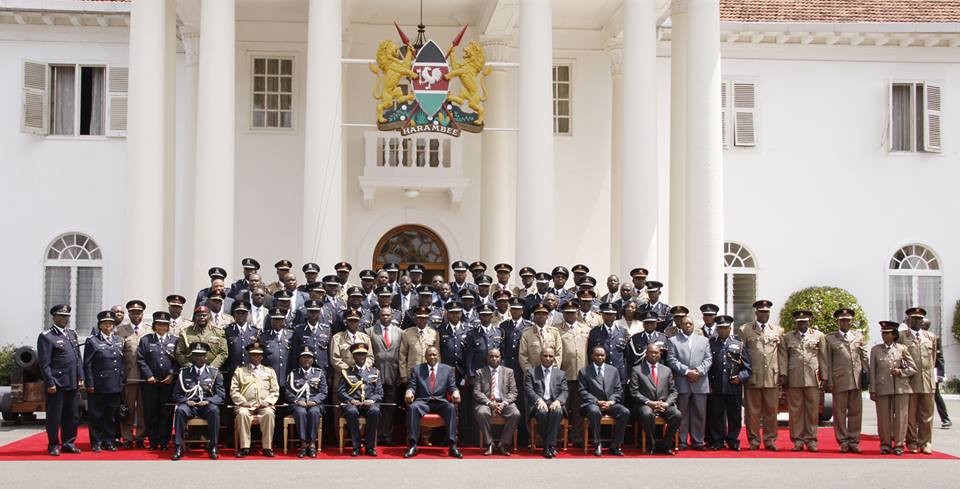 As president Uhuru Kenyatta presided over crisis meeting last week on Thursday at state house to asses deteriorating security across the country, one question lingered in my mind. Does he and his deputy president Mr. William Samoei Ruto have moral integrity to end politically instigated violence and restore the already broken homeland security? I groaned over this question with a heavy heart. But first, let me be clear. I believe president Uhuru and his deputy Rutoâ€™s youthful exuberance is an added advantage to realize a Kenyan dream. They are both articulate, erudite and I believe they have capacity to unleash Kenyan potential. But can they? Well, on this one, I invite you to be the judge. But as for me, the jury is still out.

However, I believe with irrefutable degree of certainty that both Uhuru and Ruto do not have moral integrity to end rampant politically instigated violence in Kenya. It is almost two months since they were inaugurated but they seem to be doing too little too late to arrest insecurity. From Mandera to Garissa, incidents of murder of innocent citizens have become headline stories. Senior police officer last week was killed in Nairobi. Mombasa Secessionist group calling itself Mombasa Republic Council (MRC) is playing a rather hardball under the radar. Resurrection of Mungiki in Gatundu- Uhuruâ€™s backyard has given life-line to an otherwise illegal militia that kills, maims, dismembers people and imposes illegal taxation to Kenyans. Tana-River residents are still reeling from massacre that followed governmentâ€™s abdication of its duty to provide security.

Additionally, things arenâ€™t any better in Bungoma and Busia. Kenyan media reported that at least 10 people have so far been killed and more than 100 injured in what police have since described as politically instigated violence. Surprisingly, no single politician has been arraigned in court to answer to charges. United Nations condemned the killings which in essence metamorphosed into crimes against humanity. Yet, as all these things are happening, president Uhuru and his deputy Ruto are claiming to be firmly in charge. Which begs the question, are they unable or unwilling to strike and finish the enemies of the state?

My answer is that Uhuru and Ruto are suffering from moral integrity deficiency syndrome. They cannot strike lest they be asked to remove a log in their eyes before removing a speck in other politiciansâ€™ eyes. Like Professor Makau Mutua, I ask you to take this to the bank. Uhuru and Ruto do not have the audacity to inspire successful prosecution of politicians who are fanning politically instigated violence. Previous regimes of presidents Kenyatta the senior, Moi and Kibaki failed. Uhuru and his baggage wonâ€™t.

Lest we forget, president Uhuru and his deputy have been accused of financing and masterminding politically instigated violence that saw 1,100 people murdered and more than 300,000 displaced. The best the duo can do is to put a Band-Aid on Kenyan â€œinjury.â€ But they canâ€™t heal the injury. Until they clear their names, moral integrity deficiency syndrome will be their bane.