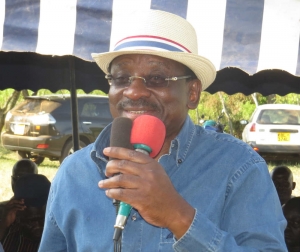 By Jim Bonie
Tuesday, August 05, 2014 Hello Kenya, Yesterday, the so called Presidential Strategic Communication Unit released a statement supposedly responding to senator Orengoâ€™s remarks on land grabbing in Lamu County. The poorly drafted statement signed by a crowed of over ten Civil Servants camouflaged as PSCU â€œDirectorsâ€ â€“ probably to give it weight after realizing its contents were worthless – was clearly part of jubileeâ€™s protracted agenda to dissuade Kenyans from the truth.

The statement in its letter and spirit veered off material facts and concentrated more on shifting the blame to imaginary â€œLand Grabbersâ€. It was without doubt meant to protect the well known LORDS of land grabbing from the wrath of shame.

Instead of stating evidence to incriminate those they falsely accuse, this amorphous organization concentrated on reminding Sen. Orengo of his past comments on Ngungâ€™u report and TJRC report. This is in itself a stark reality of the jubilee governmentâ€™s inability to deal with the land matter in Kenya. Kenyans can be reminded that jubilee leadership is made of kings of land grabbing in Kenya.

Having realized that they lack any moral ground to either act on the matter or participate in the raging debate, the bosses have opted to use some junior officers who terribly turn out to be intellectually starved to efficiently represent their bosses in this debate. By shifting the goal post, jubilee aims at buying time with the serious land matter hopping that the heat will die off. This has been over the time modus operandi adopted by this regime.

It is therefore not surprising that they have decided to trivialize the need for solution to land problem not only in Lamu but also in other parts of Kenya including Rift Valley and central Kenya. We expect the government to swiftly move and implement the Ndungu and TJRC report if it is serious with solving the land injustices in Kenya. Political bickering and mudslinging will only delay the process and escalate tension and violence in Lamu and other parts of the country. Jim Bonnie