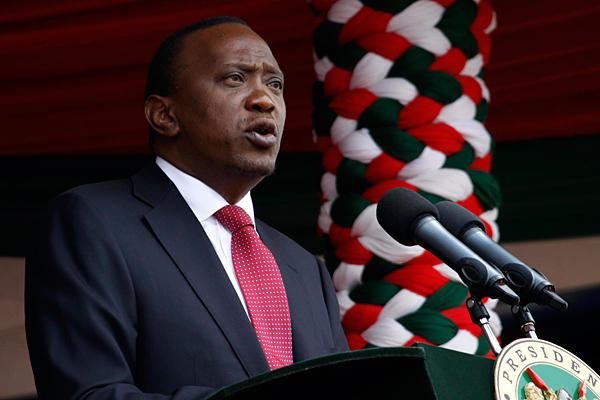 By Dikembe Disembe
Hahahahahahaha! I laughed. That jeering, bitter and painful laugh of a CORD die-hard. I laughed because it happened; it happened so fast you may not even be thinking of it now! Let’s revisit it. Let’s replay it. Let’s relive it. Probably you will laugh too!

In Kisii, a community is mourning a tragedy. Young people lost their lives. Students. And yesterday they were being buried. Because they were being buried; we in Kenya have a peculiar way of celebrating tragedies. Death is ugly in the first few seconds. Immediately the media picks it up; it all over sudden transforms into a national shock; then all politics break loose.

I have come to appreciate grand deaths in our country – large scale deaths. The kind of deaths which annihilate our whole mortality; the gristly, shocking, terrible, fatal (name them) blows that enter the national leisure past-time forcefully, and, for a fleeting moment, creates ruckus in our otherwise monotonous survival for the fittest jobs.

So when Uhuru Kenyatta (I think he is the current president) sent a cabinet secretary to ‘read’ his speech-a practice I always found annoying- especially with former President Kibaki’s ‘mavi ya kuku’ rhetoric, the expectation would have been that the young and dead, who, had they been alive, would not have seen the president address even a single issue of concern to them, would rest in peace.

Kenya, this country, is a very weird country. There are things which the people do and which outsiders may not see as ‘functional democracy’. In that Kisii meeting was the full force of the police! In that meeting were opposition leaders! In that meeting were government officials. In that meeting, as was expected, just before the people took over, you were bound to see a lot of sycophancy and rent-seeking and pussyfooting and bootlicking; yet in that sombre meeting the people redefined what DEMOCRACY is: A representation of the people.

Here comes the million-dollar question. What is the significance of reading the president’s speech? Why? Even more startling, why did we tolerate this act for this long?

Dr Fred Matiang’i may have been a Kisii (which just confirms the level of tribalism the president practices) but sending him to Kisii was like telling the Abagusii people, “here, see the goodies for you. . .he is one of your own”. So next time an ugly incident occurs in Luo Nyanza, one Rachel Omamo will be unleashed, and the circus continues. This kind of politics is not digital; it is not even analogue. This kind of politics is what, I guess, Homo habilis practised long before it evolved into Homo erectus, long long time ago!Â

But I like the new grandstanding in town. The new matter-of-factly way of telling the president “hey boss, you piss many people off”. This must continue! So the people in other FREE areas must follow the Abagusii. During national holidays, let devolution song ring! Let the Governor take charge of his county government; and the president’s speech, should it find its way to the arena, ought to be sealed and sent back to Nairobi conspicuously marked: “EXPIRED”.

You see, the kind of politics going on now does not allow us to say we are a nation; that we are a union. No! How else do you explain majority of the appointments made so far? How else do you interpret the kind of victimisation and humiliation other citizens now face everyday? Kenya, after devolution, is what I call a ‘league of friendship’. . .each region must strive to remove the last vestiges of a monstrous presidency inflicted upon the people through discredited electoral processes which even its officers can’t take an oath to vouch the results on!

In brief, am saying, the president’s speech, if not delivered by him in person, is as useless, even more useless, than the paper it is written on! In all acts of goodwill by a people, it should be mailed back Nairobi to be kept in the museum of wasted presidencies at Statehouse, or, at worst, be burnt up in an intentional act of political defiance-and wait for the heavens to fall or hell to break loose-whichever comes first!

Dikembe Disembe is a socio-political commentator and currently on academic exchange programme at Miami University, USA.