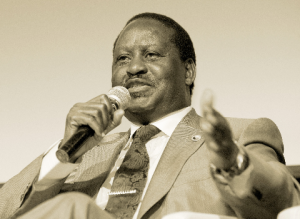 [wpsocialite]
“There are two things important in politics. The first is money and I can’t remember what the second is”.
-Mark Hannah, Republican Boss, 1895.

We who remain embedded in the party are hopeful the recruitment of the new party Executive Director will not be another opportunity by those who led to our present situation to mock the common sense of the people.

As one who visited Orange severally in the run up to the last elections; and saw how duplicitous party officials treated members, I will be ready to move on should the party appoint another character smelling of the incompetence, arrogance and laziness of the Janet Ongera era.

ODM took a hit. We lost an election. We executed a shoddy petition that led to the rejection of whooping 900 page affidavit.

Even now, it still bothers many of us why the recruiting panel is composed of individuals reeking of political greenness. I still wonder what a person like Suna East Mp, one Junnet Mohamed; whose nomination was an insult to the people of Migori, will add in that committee.

Be that as it may; I am hopeful that the new ODM ED will be a man or woman, ready to build a political machine which can win a presidential election in 21st century Kenya.

The CORD coalition fielded the best candidate. CORD coalition had no criminal baggage to deal with; yet the manner we executed our campaigns sent our presidential candidate and deputy to a fiesta in South Africa as our competitors sung nyimbo za ovyo at Kasarani Stadium that Tuesday Ninth April.

I hate losing elections. I have never lost an election. All I know is winning; that is why those doing the recruitment should do me a favour and appoint an individual ready to lead the party in winning an election. Victory is good!

In my mind are three things: Technology, Mobilization, Fundraising. After a new ED is appointed; we young people who saw ODM and CORD loose an election we would have won if only our captain, Raila Odinga, had the best; will be ready to give our contribution.

During the last election, Orange House became an edifice of impunity. I interacted with staff at Orange house, some instead of doing their professional jobs were more ofÂ  Janet Ongera’s messenger, Janet herself too was like the head messenger, clueless to say the least! People at Orange House contributed to Odinga failure more than the IEBC and the Supreme Court combined.

The new ODM ED must re-engineer the image of the party headquarter.