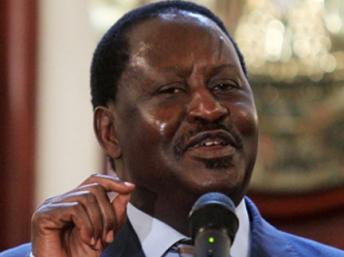 Jubilee is trying to dismiss referendum calls by stating that government does not need to be compelled through a constitutional amendment to give more than 40% of its budget. They cite the fact that they have allocated 32% to the counties this year, a figure that is above the required 15%. These are half-truths that Kenyans should not allow to hoodwink them.

Firstly, the 32% has been granted but the wage bill being devolved is well over 45% of government wage bill. What does this mean? It means that the central government is not being accountable and is only devolving the revolving expenditure section of its budget. This leaves the counties with no money for development. In some counties, it is estimated that they are likely to remain with an amount less than what was being disbursed through the CDF that was being managed by MPs and used to establish miniature projects. The central government intends to incapacitate the governors on this front hence making them nothing more than clerks for paying civil service salaries.

In as much as the constitution also envisions provision of essential services as a top priority for the country, the greater emphasis was to promote regional development. The drafters of the constitution saw devolution as a way to end the discriminatory distribution of resources that saw many Kenyans outside Nairobi and Central Kenya excluded from the development agenda. This can only be interpreted to mean that the core principle of devolution was to enable the counties promote development , MEANINGFUL DEVELOPMENT within the regions. The central government only quotes a figure higher than the 15% minimum required while creatively ensuring that nothing will be left for development. That is sabotaging the counties.

The referendum is necessary to ensure that the basis for calculating the 45% for the counties is not altered. While the constitution says that the counties are to be allocated a proportion of the budget, it does not say explicitly which national record is to be used. This means that the government can easily come up with a report that undermines the national revenues with the sole purpose of denying counties money. This legal loophole needs to sealed by having the constitution read that AUDITED ACCOUNTS for the previous year should be used. This is to protect devolution.

The current MPs/Senators tag of war has brought out clearly the fact that the Senate, the protectors of devolution, can easily to overtaken by the central government. A good example is the case pending in the Supreme Court after the national assembly completely ignored the Senate’s recommendation over the revenue allocation. In this dispute, the national assembly allocated 210 billion to the counties while the senate allocated 258billion shillings to the counties. The speaker of the national assembly ruled that the senate had no role to play in the matter, ignored their recommendations, and got an overwhelming endorsement from his party boss, Antidevolutionist001. We can’t pre-empt the decision of the courts but you could guess from the trends in their recent rulings with absolute accuracy.

In the end, we are likely to end up with a senate that has no say about what amounts are to go to the counties and this is not acceptable. A referendum will secure their powers to better preside over counties and national matters in a manner that forces government to make the county discourse the most important part of its strategy for development.

The devolution debate is not about parties or political affiliations. It is about Kenya and the need that national development is realised by kicking poverty out of the remotest villages, by ensuring that all parts of the country share in the national cake, and by extension ensuring that Kenyans from all around the country are indeed proud to be Kenyan.

This piece was posted at http://proudlykenyann.blogspot.com/2013/08/why-referendum-is-must.html