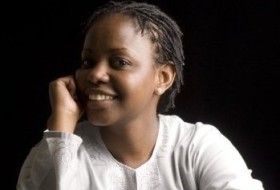 Enough with the propaganda already, Jubilee!

I think parents should do more than just pay for their teenagers school fees; they should go out of their way to forge a sound relationship with them, one that is not based on arrogance and violence but on mutual respect and love. Teach your kids how to be honest and clear minded adults, because the result of just ignoring your teenage miscreants is one Muthui Kariuki.

Talk about a juvenile delinquent; Muthui Kariuki is the epitome of a childish deviant. As government spokesman for the backside of the Jubilee government, Muthui is really good at his job. In between issuing threats while claiming to be accommodative, this character has the audacity to claim that Raila Odingaâ€™s politics are â€œchest thumping, hateful, arrogant and toxic.â€

The pot calls the kettle black. For someone who has a record ZERO accomplishments as a civic leader this hot head sure brings a mouthful of trash to the table. By the way, he is a perfect representative for the Jubilee government which, despite having several stalwarts with over 20 years experience in government, have also a record of ZERO accomplishments.

Of course, when you are busy doing nothing and yet being paid 76 times the average GDP, you need a mouthy person to sidetrack the people by saying all sorts of ridiculous things about perceived enemies.

We are now to believe that despite Jubilee forming the government, and despite Jubilee dominating Parliament, the Senate and the County administrations, Raila Odinga is still the bane of Kenya and is somehow behind the many problems Jubilee is actually not dealing with.

The propaganda machinery in this government needs to improve by the way. Couldnâ€™t they try something more intelligent than filling the daily news with stories of men shagging livestock? Or repeatedly insulting a man you claim is insignificant. When it comes to stupid utterances, none can out do Muthui Kariuki.

I donâ€™t know whatâ€™s worse, some wannabe loud mouth or a president who is busy posting his latest status update in a rugby shirt. Each time I see his photos of how he was where laughing with who I feel so nauseated. Meanwhile his deputy is busy reinventing reality by calling himself a hustler. Is it the pain of the lie that makes him cry so much or what?

A man who made a fortune through corrupt means turns around and calls it hustling, another one who spends his time goofing off turns around and complains to teachers about the high wage bill meanwhile he does nothing for the economy and in fact sanctions ridiculous expenditure.

Now look here â€“ why were our children out of school while you decreed that 250 million kshs will be spent on giving a retired 80 plus year old an office? Then you say the wage bill is high. It looks like itâ€™s only high when you have to do the right thing and pay the service providers their dues.

Meanwhile, I expect that the next thing the government will say out its backside AKA Muthui Kariuki is that there is no money to pay for the free maternity despite it being a Jubilee campaign promise. That wonâ€™t surprise me at all, because there is money for luxury planes to Congo Brazzaville and money for retired old fogeys to have an office but no money to pay teachers and of course no money for hospitals.

I donâ€™t even know how Uhuru Kenyatta finds the temerity to attend social functions. Wait. I get it now. He isnâ€™t president, he is a celebrity! Thatâ€™s why if he wears a rugby t-shirt, automatically he supports the rugby team with funds right? Where is that money coming from, if there is no money to pay the teachers?

This government is beyond redemption really. Rather than attempt to be functional we are going to be submitted to 5 whole years of propaganda and hogwash. Pictures of matching ties and laughing buffoons coupled with lurid tales of political bogeymen meanwhile the entire system is incapable of any form of decent service delivery. All of this will be conducted via the dumbest outlets no less.

This post was published on understanding that we all have right to freedom of expression. Kenya-Today is an open platform for all, if you are interested to publish your opinion pieces please email them to info@kenya-today.com. If you are “annoyed” you can write too, we will publish your views as well, you can also upload directly to the platform via the tab YouReport.