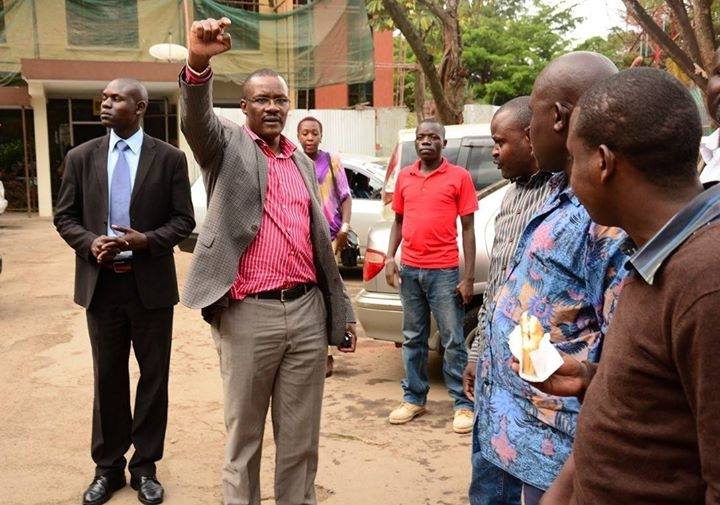 Is this the message that got Uhuru into action? this post by Eliud Owalo went viral on Facebook and few hours later Uhuru could call a presser at Statehouse, could this have caused the president to act? it is also reported that majority of those killed were from the backyard of powerful individuals in these regime…
KENYANS SHOULD NOW RESORT TO MASS ACTION TO FORCE UHURU KENYATTA TO STEP ASIDE OVER INSECURITY

Hardly a week after I publicly demanded the resignation of President Uhuru Kenyatta for abdication of duty in respect to protection of the lives and property of Kenyans, reports today indicate that another 36 defenceless civilians have been brutally murdered by suspected militia in Mandera, where only two weeks ago the Country witnessed the massacre of dozens of civilians traveling in a bus.

I want to remind Uhuru Kenyatta and the individuals who sit at the National Security Council that these fatal attacks and the systematic killings of unarmed civilians at the rates unfolding in Kenya is tantamount to perpetuation of GENOCIDE which is a serious crime against humanity. These are the characteristics of a failed state. It must be clear that in the eyes of the international justice system that those responsible for this be it through their acts of omission or commission are as guilty as the attackers themselves. It is unacceptable and this cannot continue any longer.

It would appear, the nerve centre of Kenyaâ€™s insecurity problem stems from President Uhuru Kenyatta’s politicization of the security apparatus by flooding top echelons of the security organs with individuals who are politically subservient to him yet are disastrously incompetent and lack technical capacity on security matters.

Kenyans are sick and tired of press conferences and public rallies. Kenyans demand protection for all and they want it now!

Mass action is now inevitable to force President Uhuru Kenyatta to resign if he can not effectively discharge his cardinal responsibility of protecting the lives and property of Kenyan citizens but is ironically obligated to protect Somalis by deploying our troops to that country.Meanwhile,the United Nations Security Council should immediately step in and send in troops to protect Kenyans.