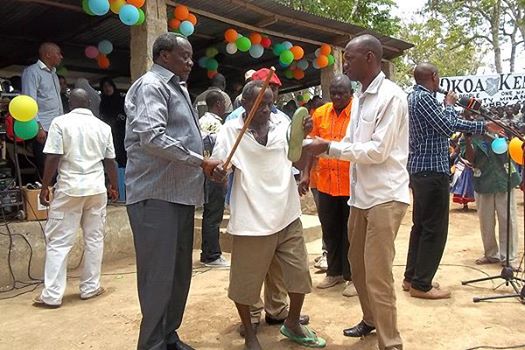 Whoever sent daredevil Karisa Lengo to whip Prime Minister Raila Odinga must be really wicked. The people who celebrated that wicked act are equally depraved and ungrateful before God and man. Karisaâ€™s masters should have regretted for having bestowed upon him the high honor of his glorious reception. By now, it should have dawned on hypocrites that Raila Odinga has mighty claims to their countryâ€™s gratitude. He fought in their ranks for their democratic freedom.

Hypocrites must readily comprehend that Raila Odinga went not to the glorious shores to enjoy a happy rest. He came not with the intention to gather triumphs of individual distinction, but as a humble petitioner who wanted to free his country from the shackles of despotism. He devoted every moment of his time, with the more restlessness and assiduity. Every moment could bring a report of events which could call him to hasten to his place on the war against liberty and despotism.

By neglecting Raila Odinga, the situation in the country may be fatally disastrous. Mr. Odinga is just a humble petitioner in the name of his oppressed country. His political idleness must not be assumed no matter what. Mr. Odinga has great claims to our love and sympathy. Before the multi-party democracy, Raila and company arrived as meek petitioners. With them were no other claims than those which the poor had to the sympathy of freemen.

Railaâ€™s flogger should not go scot free no matter what. He should be coerced to name his benefactors. Reports reaching my desk indicate that Nairobi Senator Mike Sonko has adopted Karisaâ€™s siblings. He did that as a token of appreciation to what he did to their enemy. Naturally, Sonko is malevolent. He is Kenyaâ€™s Boko Haram and a padrone who hires a destitute and gives him a Kiboko Haramu to go on a mission. His actions are answering so many unanswered questions.

Mesmerizingly, no single government official has come out to condemn PM Raila and Governor Mvuriâ€™s flogging. To them, the beating was merrymaking and nothing serious. The government didnâ€™t even offer a fake palliative remedy to Raila and the governor. That measures the extent of the governmentâ€™s happiness on the matter. If corruptionists Mike Sonko et al cannot be restrained from their evil deeds, only God can gentrify the political bullshit in Kenya.