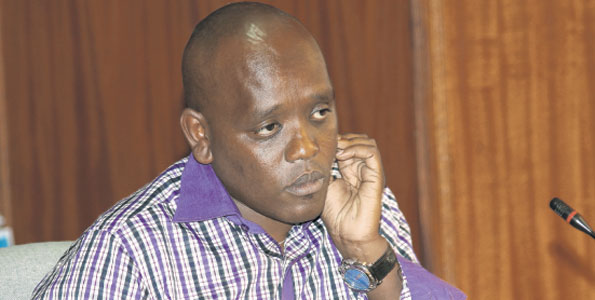 PSCU IS A PROPAGANDA MACHINE THAT KENYANS MUST IGNORE
We refuse to be engaged in red herrings among other distractions from the statehouse based propaganda squad.

Second, Kenyans still remembers how a President Uhuru Kenyatta’s own Presidential Escort Limousine car was stolen in a Ruai brothel and recovered 800kms plus from Nairobi despite the highly over prices Chinese communications systems installed in the car.

These two incidences can only mean serious negligence of duty & lack of discipline and professionalism within the current Facebook leadership.

We therefore encourage Itumbi & fellow Mockingbirds at PSCU to go to school so that when they lie, they exhibit a bit of intellectual rigor. So far so good, they have failed even to convince themselves.

When NIS reported PSCU nominee Denis Itumbi to be an academic pirate, Director of Public Prosecution did not prosecute him neither did Public Service Commission boss Prof Margaret Kobia asked for his dismissal. NIS is on record saying that their advice has always been ignored. This is one such instance that is hurting the image of the Presidency, not only locally, but globally.

Truth be told, PSCU is not a professional outfit but more of and HENCEFORTH a ”Primary School Circus Unit (PSCU)’‘.

However, may we bring to the attention of the PSCU, that even lying needs ounce of intellect, for example, in Westgate we know the NIS informed the police on time, why they never acted is something we can best ask the President since the buck stops with him. Was this failure to act deliberate or it was to have an echo in ICC?

If anything, the Nation comes first and the bible is still right “no man can live on bread aloneâ€, let them be a bit wise even in their high seas of diffusing ignorance.

We can only encourage the jubilee government to get out of FACEBOOK and start delivering on their promises which included milk for children where ironically, Uhuru Kenyatta’s firm is the biggest supplier in the entire North of Limpopo.

They should provide laptops to school going childrenâ€™s; the parents are tired of children asking for laptops every beginning of the year. They should secure Kenya and include all Kenyans in the security decisions of the country.