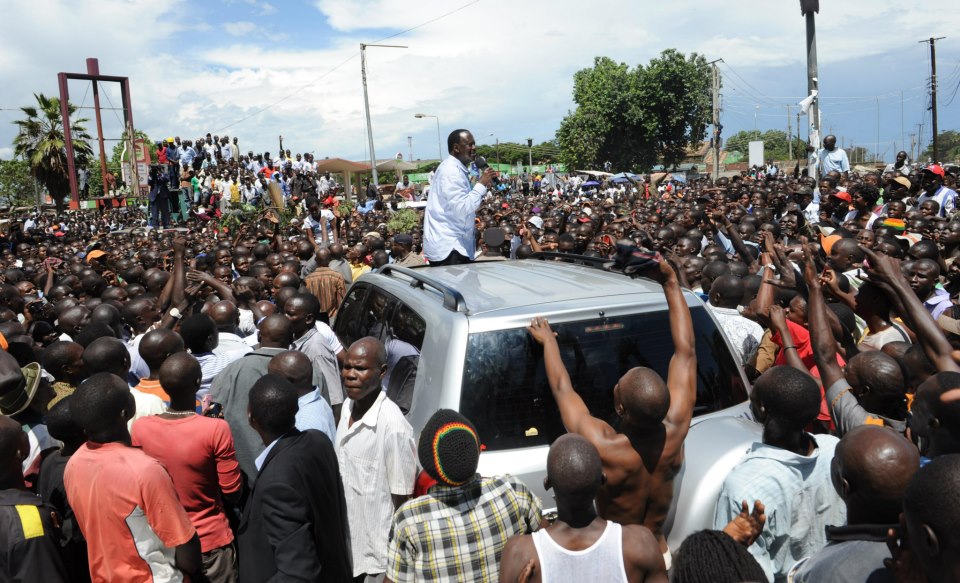 â€œOur message was weak, our ground game was insufficient, we werenâ€™t inclusive, we were behind in both data and digital, and our primary debate needed improvementâ€.

One would think the above retrospection came from a futurist ODM stalwart. A consistent Raila voter in a span of six elections would think the statement was made by Odinga himself, verbatim. Party hawks in the TNA/URP mean-machine would be worried for 2018, knowing so well that their archrivals have learnt useful lessons after the humbling loss. Those who identify with the ODM ideology would sigh with relief, resting with the knowledge that another ego crunching defeat in the next electoral contest five years from now would not be forthcoming.

But tarry a little. There has not been retrospection in ODM; Raila Odinga has made no statement to chart the future of the party. Party mandarins in TNA/URP are having a fiesta (and drinking lots of alcohol for it) knowing so well that 2018 is still theirs to â€˜lootâ€™, and, sadly, those who identify with the ODM ideology are still bitter, ashamed and disgruntled; heavily resigning to political obscurity, where their younger restive adherents are swearing with all manner of curse words: â€œNyanza si Kenyaâ€, â€œI will never vote in Kenyan elections (as if they have other elections in the continent to vote in)â€; in extreme cases of political desperation and human silliness, national identity cards are being charred. It is agonizing to be a Raila supporter in this modern age.

So who made the above statement? Reince Priebus! If you are wondering who this â€˜gangsterâ€™ is; wait no more. This is the American version of our own Henry Kosgey, chairman of ODM.

After a heart-wrenching second-time loss to the Democratic Party and specifically Barrack Obama, Priebus, the Republican National Council Chair, sent a team of party technocrats to a working retreat with the aim of doing a full scan (medically) on the relegation (jump to soccer) of a party which ended the civil war, won the Emancipation Proclamation, midwifed the US constitution, and, ominously, captured and hanged Saddam Hussein!

When Prime Minister Raila Odinga made a triumphant entry in Kisumu yesterday, many unexpected things happened. A man christened as a â€˜sore loserâ€™, Odinga became exceedingly brutal to history, mocked the collective sorrow of a whole community and took a swipe at an institution whose decisions are as immutable as the laws of the Medes and the Persians; however unpopular, disenfranchising and fetid.
When you poke the supreme court of a nascent democracy such as ours due to individual loss, and rally your ethnic sandbox to make psychological war with it; in a continent where big men donâ€™t follow rules, you in essence kill it.

When Raila entered Kisumu; he must not have realized this: He was no longer the host! In town was Jack Ranguma as Governor, Anyangâ€™ Nyâ€™ongo as Senator; there were also old names like Shakeel Shabir and Olago Aluoch, and many other â€˜electedâ€™ Mps, women representatives and ward representatives.

For the first time after close to three decades of political service, Mr. Odinga came home to roost clutching precariously to a waning designation of his hashtag (tweeting) â€˜Prime Ministerâ€™.
Democracy can be brutal, cantâ€™ it? Yet, to refuse to move on is to hold it to utter contempt. By Odinga reneging on his word when he had earlier accepted the Supreme Court verdict and taking a trip back to his yard (which was not bad) to brood (which was bad) over a win that never was (and never may be), he gave his critics and the hostile mainstream media a sweet fodder for the weekend.

In the same city where he took his brouhaha about the â€˜demonicâ€™ Supreme Court (by the way, which institution carried out the elections?) that needs political exorcism, a dozen families whose sons and daughters reacted angrily (oh, primitively, even) after his loss are in mourning. Their children ended up in the courts whose proceedings were not televised live, charged â€˜robbery with violenceâ€™, a penal offence which, if mismanaged like the presidential vote tally, will send these young â€˜warriorsâ€™ straight to the gallows! Is Odinga mindful of all these?

This political behaviour, of not accepting â€˜defeatâ€™, no matter the circumstances, regardless of the human cost, is uniquely embedded in Odinga. How contradictory can one be?

In the final analysis, Priebus concluded: â€œWe want to build our party, and we want to do it with bold strokes to show weâ€™re up to the challenge and are done with business as usual.â€

To do this, I wish to urge the ODM rank and file, is not by refusing to move forward. To build a 21st Century mass movement able to take on the money minting TNA (forget URP and Jubilee, they will die in a monthâ€™s time), will need a frank, honest and deliberate retrospection into the histography of why ODM lost and what must be done to secure the future, among which: â€˜messagingâ€¦demographic partnersâ€¦campaign mechanicsâ€¦technologyâ€¦and the primary processâ€™ must come under full autopsy.

Now is not the time to visit Kisumu!