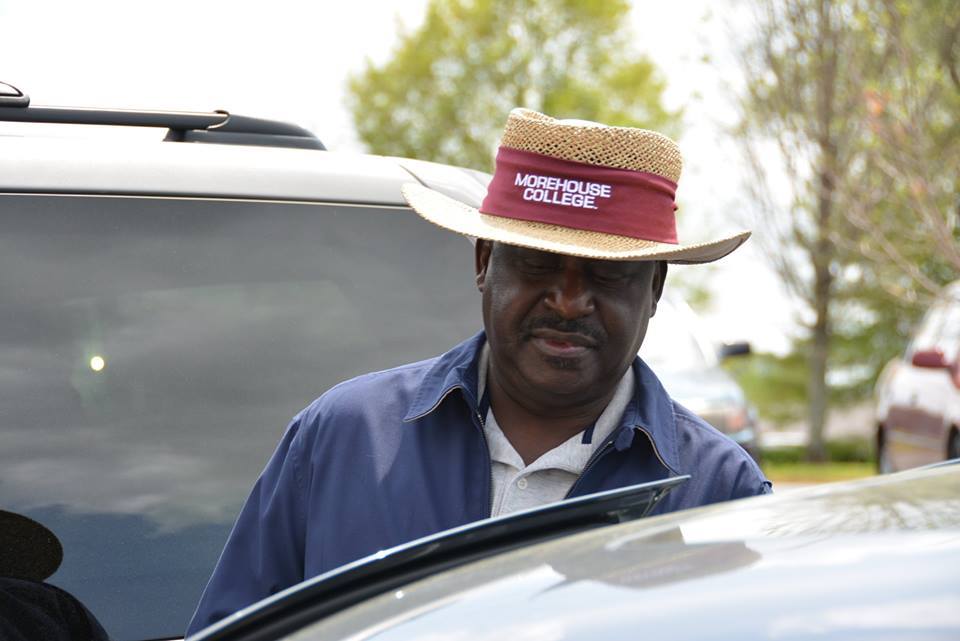 I am not opposed to us holding Eliud Owalo accountable. He was the head of Raila Odinga presidential campaigns. I am also not opposed to Caroli Omondi being asked a few questions with regard to the conduct of the last polls.

To be honest with you, I am among the CORD youths who told Owalo to open up on the 2013 elections and set ‘several records straight’.

In my view, Owalo has opened up a debate that we who wished, and still hope for a Raila Odinga presidency believe we must have, not as antagonists, not as competitors, but as a family on an exodus.

I was in Nairobi the day the three CORD principals signed the ‘documents of unity’ in front of KICC. In fact, I remember a few hours after that ‘game changer’, around kencom, I accidentally bumped on my friend and classmate Stephen Macharia Wa Njoki, then an exasperated young TNAist worn out by CORD’s show of might that day. We were clearly ahead.

Clearly, the political wing of CORD wanted power. Raila Odinga wanted to be President with Hon. Kalonzo Musyoka and Hon. Moses Wetangula as his co-leaders. The three wanted to run a government of the people by the people through the ballot.

I will never blame this wing.

Enter the technocrats, or should I call them the plutocrats.

The big tragedy with CORD then, and CORD now, is a tragedy of factionalism. As a young student leader in Moi University, I learnt the hard way the cost of little petty rivalries of the union’s executive council that sunk our collective hope of serving the students of that university.

I can graphically tell you something about factional leaders, and, or, factional opportunists.

Two, if these factionalists are put in positions of direct influence on ‘processes and outcomes’, what comes out is what they see as fitting to their interests. At all times, factional opportunists think of themselves first, themselves second and themselves third.

Third, factional opportunists will do everything to sabotage their team leader. Sabotage is an art that the Grand Coalition government perfected. In fact, Raila Odinga was a victim of five years of carefully choreographed sabotage that, perhaps, those who worked for him and were inducted to the art never really outlived it.

Back in the day, you all heard more about ”we know who the appointing authority is” than todays often repeated lie ”he was the coordinator and supervisor of all government ministries and departments”.

Sabotage is what Martha Karua decried with her famous words, paraphrased, you can’t give me a shamba and deny me a jembe to dig it.

In my interactions with several folks who were, still are and a few who left, the ‘technocratic wing’ of the former PM’s campaigns was rife with all manner of brinksmanship, grandstanding, information-hoarding, petty squabbles, open theft of funds, wheeler-dealing, and gikmakamago.

I do not wish to give the impression that the Secretariat group was filled with angels, and the OPM group lurked pure devils, nay, mine is to argue that apart from the events at NIS headquarters and Bomas of Kenya, Kencall and Safaricom, there were, deep at the heart of our political machine, folks who worn us out internally before we were bundled out externally.

Rather than Caroli giving scripted responses laced with luo/Suba cultural arrogance and the usual despotic mien of the Nyanzans who have ‘arrived’ (I am talking about self-actualization), he should do us the more honourable thing and point out Owalo’s manifest sins, just as Owalo, after much prodding, done.

In the final analysis, a whole society is out there, with hopes dwindling and chances shrinking, because when we had a chance to pay our electoral agents and make people believe in our message, we were busy ‘making money’. Some made millions, others made thousands, a few made ‘coins’, however, a great majority made nothing. Zilch.

Anyway, it is back to where I started. WE in the left believe in people openly and candidly talking about their futures and pasts. We are on the move.I am not opposed to us holding Eliud Owalo accountable. He was the head of Raila Odinga presidential campaigns.